Why More Teen Girls Are Getting Genital Plastic Surgery

Getty Images; Illustration by Marisa Gertz for TIME
Ideas
By Rachel Simmons
Rachel Simmons is the director of the Phoebe Reese Lewis leadership program at Smith College and the author of Enough As She Is: How to Help Girls Move Beyond Impossible Standards of Success to Live Happy, Healthy & Fulfilling Lives.

Especially, it seems, how things should look. Between 2014 and 2015, there was an 80% increase in the number of girls 18 and younger receiving genital plastic surgery, according to the American Society for Aesthetic Plastic Surgery. The numbers shot up so quickly that the American College of Obstetricians and Gynecologists (ACOG) issued new guidelines this month for doctors who perform labial and breast surgery. Among the recommendations: physicians are now encouraged to screen girls for body dysmorphic disorder, an obsession with an imagined or slight defect in appearance.

While the rise in requests for labiaplasty remains relatively small—with an increase from 220 to 400 girls overall—the data suggest more girls are becoming ashamed of the most intimate parts of their bodies. And the increase in this procedure is part of a larger boost in cosmetic surgery for teens. More than 8,000 teen girls received augmentation breast surgery in 2014, nearly double the number from just four years earlier, according to the American Society of Plastic Surgeons, which officially recommend girls wait until they are 18 to go under the knife.

Some doctors say girls want genital surgery to alleviate physical irritation in that area, but Dr. Julie Strickland, chair of the ACOG’s Committee on Adolescent Health Care, said doctors were “kind of baffled” by the surge. But the only thing “baffling” here is widespread ignorance of porn’s impact on girls’ sexual confidence —and its likely role as a culprit in the alarming increase in surgeries.

“When girls watch pornography, they see a very limited range of what other people’s bodies look like,” said Dr. Emily Nagoski, author of Come As You Are: The Surprising New Science That Will Transform Your Sex Life and Director of Wellness at Smith College. “That’s happening in the absence of any education from their parents, or any sort of positive [messages] from their parents about the shape of their vulvas.”

For boys, genitals – their size, and their fitness — are a source of pride. For girls, genitals, and the things they do (remember hiding that tampon up your sleeve as you snuck out to the bathroom during class) are a secret. And secrets invariably become a source of shame.

Many girls avoid looking at their genitals at all. A video called “Women See Their Vagina For The First Time” has over 4 million views on YouTube. In it, adult women explain why they refused to lay eyes on their vulvas. One young woman says, “the first time a guy went down there, he told me it was hideous, and that it was disgusting and that he never wanted to see me again.” Another says, “I don’t think it looks good,” while another adds, “I’m afraid it’s going to be ugly.”

But this “cosmetic” procedure can do much more than change appearance; labiaplasty, as it is known, can cause loss of sexual sensation, numbness, pain or scarring. That girls would risk the loss of their own sexual pleasure in to appear attractive to others doesn’t surprise Deborah Tolman, professor of psychology at the City University of New York, whose research has found that girls regularly ignore their own sexual needs in favor of (often male) partners.

Girls, she says, “are still focused on sex being for someone else’s pleasure, and not for themselves and what they want, and how they feel. It’s about what they think someone else thinks they should be like in order to be wanted, as opposed to focusing on their own wanting, or the lack thereof.”

In other words, the pressure to be a “good girl” doesn’t evaporate when a girl lies down. The same unwritten rules are in play on the horizontal: put others’ needs before yours, be liked, be nice, and don’t make people mad. “They worry about doing it well, doing it right, and doing it in a way that’s pleasing for the other person,” Tolman says. That’s why, as Orenstein reports in her new book, Girls and Sex, one in three girls ages 15-18 have given oral sex to avoid having intercourse, and as many as 70% of girls fake orgasms.

As if girls didn’t have enough to be self-critical about— a study last year found that 80% of girls have dieted by age 8— they can now add female genitals to the list. “It used to be there were parts of girls’ bodies that were not exposed to public opinion,” Nagoski says. “There’s hardly any body part left that girls are allowed to be not critical of.”

Rachel Simmons is co-founder of Girls Leadership, the author of The Curse of the Good Girl: Raising Authentic Girls with Courage and Confidence, and a leadership specialist at Smith College. 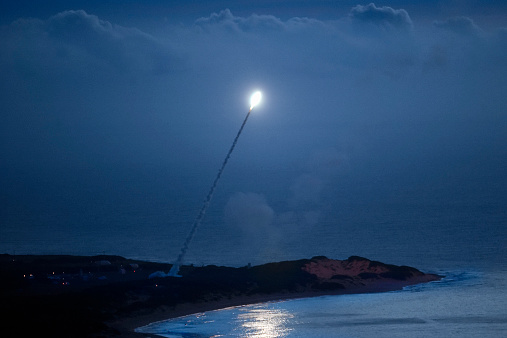 Why We Can't Buy a Better Missile Defense
Next Up: Editor's Pick