Mitt Romney renewed his call for presumptive Republican nominee Donald Trump to release his tax returns on Wednesday, warning that it’s “too great a risk” to ignore what might be included in the tax documents of a prospective commander-in-chief.

In an interview with the Associated Press on Tuesday, Trump said he doesn’t expect to release his tax returns before November due to an ongoing audit. “There’s nothing to learn from them,” Trump said in the interview, adding that he doesn’t believe voters are interested in them. After Romney’s statement, Trump said in a Tweet that he would release his tax returns when the audit is complete, “not after the election.”

“It is disqualifying for a modern-day presidential nominee to refuse to release tax returns to the voters, especially one who has not been subject to public scrutiny in either military or public service,” Romney said in a post on Facebook. “Tax returns provide the public with its sole confirmation of the veracity of a candidate’s representations regarding charities, priorities, wealth, tax conformance, and conflicts of interest.”

Romney said the tax returns could contain information about “inappropriate associations with foreign entities, criminal organizations, or other unsavory groups.” The 2012 Republican presidential nominee, who has been a key figure in the #NeverTrump movement, raised the issue of Trump’s missing tax returns earlier this year. And it was Romney’s father, George Romney, who in 1967 started the presidential campaign tradition of voluntarily releasing tax returns.

“There is only one logical explanation for Mr. Trump’s refusal to release his returns: there is a bombshell in them,” Romney said on Wednesday, echoing claims that then-Senate Majority Leader Harry Reid made about Romney during the 2012 election. Reid’s accusation that Romney had gone 10 years without paying taxes turned out to be unfounded. 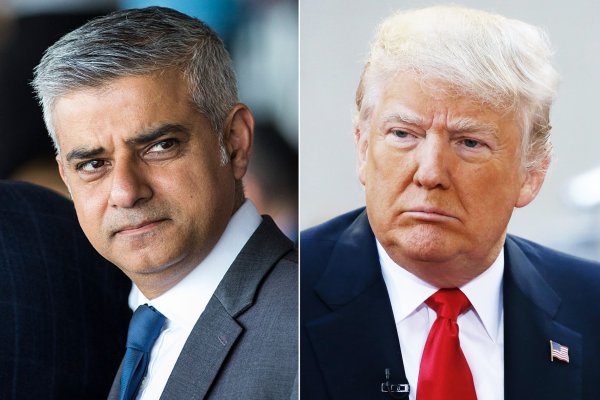