The Most Dangerous Jobs in America

Nearly twice as many engineers as nurses died of fatal injuries while working in 2014, a new federal report found. The culprits in the 21 engineer and 12 nurse deaths included falls, car accidents and exposure to deadly chemicals.

But those fatalities didn’t place either occupation on the list of the most dangerous jobs in America, because the fatalities were relatively rare compared to the total number of workers: engineers, for example, lost 1.2 lives for every 100,000 workers

Compare that to 111 deaths for every 100,000 loggers, who had the most dangerous civilian job in the U.S. in 2014, according to the Bureau of Labor Statistics’ recently updated Census of Fatal Occupation Injuries. Common dangers include falling branches and rough terrain.

That’s no surprise to Janet Webb, chief forester and president of Big Creek Lumber in central California, who said lumber workers face the additional challenge of being based in rural areas with limited access to hospitals.

“Whether it’s logging, fishing or agriculture jobs, when you’re working in wilderness type settings you’re not right there next to [a] facility that can bail you out,” Webb said.

Explore the 25 most dangerous jobs in the table below.

Most Dangerous Jobs of 2014

The five most dangerous occupations remained unchanged from their 2013 ranking, while jobs involving construction, driving and repairs shifted slightly. Police officers became the 15th most dangerous job, up from 17th in 2013. But 2014’s 97 police deaths still remains below the 130 fatalities seen in 2011.

While the table ranks occupations by fatality rates, the total number of deaths for loggers is dwarfed by the number of fatalities for larger occupations, like truck drivers and farmers, which saw 880 and 270 deaths respectively. 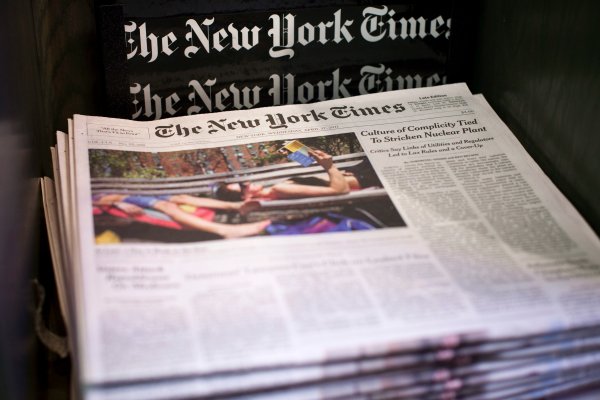 These Are the Worst Jobs in America
Next Up: Editor's Pick