While Game of Thrones fans were busy speculating about everything from Daenerys’s future to Jon Snow’s true parentage Tuesday night, George R.R. Martin threw book readers a curveball by publishing a new chapter of The Winds of Winter, the upcoming sixth installment of his A Song of Ice and Fire series.

The excerpt, which was posted to the author’s blog, is written from the perspective of the firstborn daughter and heir of the Dornish Prince Doran, Arianne Martell — a character who doesn’t (yet) exist on the show. In the passage, the princess is journeying across the countryside on a mission from her father to discover the truth about a man who claims he is Aegon Targaryen, the presumed-dead son of Elia Martell.

“You want to know what the Sand Snakes, Prince Doran, Areo Hotah, Ellaria Sand, Darkstar, and the rest will be up to in Winds of Winter? Quite a lot, actually. The sample will give you a taste,” Martin wrote in a blog post. “For the rest, you will need to wait.”

Read More: This Game of Thrones Theory May Reveal What’s in Store for Daenerys

But don’t get too excited. Martin also made it clear that this doesn’t mean his new novel will be released anytime soon. “And no, just to spike any bullshit rumors, changing the sample chapter does NOT mean I am done,” he wrote. “Monkey is still on my back…but he’s growing, he is, and one day…” 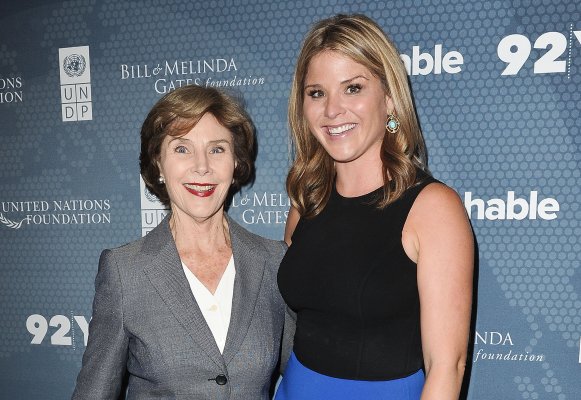 Laura Bush and Jenna Bush Hager on Their New Book and the Great Outdoors
Next Up: Editor's Pick