How Donald Trump Keeps Getting Coverage

Donald Trump won primaries in Nebraska and West Virginia Tuesday, cementing his status as the presumptive Republican nominee and ending Ted Cruz‘s brief flirtation with restarting his campaign. Rather than hold campaign events, Trump’s week has been devoted to doling out process stories to the press—on who will run his transition, the status of his vice presidential selection, and efforts to set up a joint fundraising agreement with the Republican National Committee. Trump will meet with top GOP leaders including Speaker of the House Paul Ryan on Thursday—a storyline that has also drawn intense coverage. Trump’s personality-driven campaign is trying to turn mundane events into political news stories, and so far it’s working like a charm.

Hillary Clinton lost her 20th primary to Bernie Sanders in West Virginia Tuesday, but it did nothing to alter the outcome of that race. Clinton remains just 144 delegates short of the 2,383 needed for the nomination, which she will likely hit by the end of the month, or on June 7 at latest, due to the Democratic Party’s proportionality rules. Clinton is fully engaged in a pivot toward the general election, spending Tuesday honing her down-home message in Kentucky.

Vice President Joe Biden maintains he’d be the best president, and backs Clinton before his boss. Trump briefly selects a white nationalist as a delegate in California. And Clinton offers hope for UFO enthusiasts.

Donald Trump, Bucking Calls to Unite, Claims ‘Mandate’ to Be Provocative
No intention of being more ‘presidential’ [New York Times]

President Obama Will Bring a Mixed Nuclear Message to Hiroshima
‘No nukes’ call may get lost amid his costly A-arsenal upgrade, TIME’s Mark Thompson writes

“This is the ultimate reality show. It’s the presidency of the United States” — Trump convention manager Paul Manafort to MSNBC on the GOP convention in Cleveland

“I thought it wouldn’t be an issue, but it was an issue” — William Johnson, chair of the white nationalist American Freedom Party, told TIME after being bumped from the Trump delegate slate in California

Ted Cruz Is Open to Restarting His Campaign [TIME]

Joe Biden: ‘I Would Have Been the Best President’ [ABC] 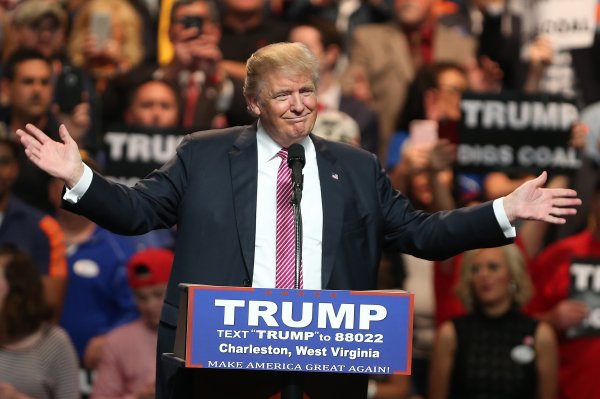 White Nationalist Bumped From Donald Trump Delegate List: 'I Thought It Wouldn’t Be an Issue'
Next Up: Editor's Pick