Report: Children and Babies Are Among Those Dying in a Nigerian Detention Barracks

Babies and children are among the scores dying in a Nigerian military detention center, Amnesty International (AI) said in a Tuesday report. It said that of the 149 people who died this year, eleven were under the age of six.

The London-based human rights group described the Giwa barracks as an overcrowded and disease-ridden camp where many detainees may have succumbed to illness, hunger and dehydration. Citing interviews with former prisoners, eyewitness testimony and photographic evidence, AI also reports that five babies may have died from measles and 28 men appear to have been shot.

“We have repeatedly sounded the alarm over the high death rate of detainees in Giwa barracks,” AI’s Africa Research and Advocacy Director Netsanet Belay said in the report, “but these findings show that, for both adults and children, it remains a place of death.”

Many of the detainees were rounded up in arbitrary mass arrests conducted as part of the state’s war against the terrorist group Boko Haram, AI says, estimating that about 1,200 people, including 120 children, are still held in the camp in Maiduguri — the capital of Nigeria’s northeastern Borno state and the birthplace of the Boko Haram.

Since 2009, the Islamist militant group has led a brutal campaign of suicide bombings and raids across the West African country and surrounding region. The group earned world-wide notoriety in 2014 when it abducted 276 schoolgirls in Chibok, and again on Jan. 30 when insurgents killed at least 86 people during an rampage in the small village of Dalori. In total, more than 10,000 have died in the violence and 1.5 million have been displaced, according to the Council on Foreign Relations.

During the government’s war against against Boko Haram, the Nigerian Army has itself been accused of abuses: “Security services perpetrated extrajudicial killings, and engaged in torture, rape, arbitrary detention, mistreatment of detainees, and destruction of property,” according to a 2015 U.S. State Department report. 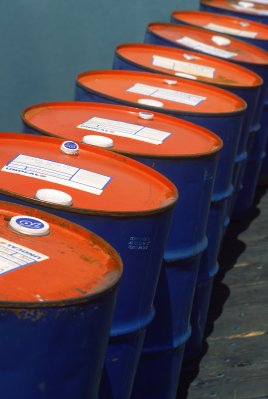 Nigeria Loses $1.5 Billion Each Month in Oil Theft by Pirates
Next Up: Editor's Pick