The head of Jamaat-e-Islami, Bangladesh’s largest Islamic party, was convicted of genocide, rape and the massacre of intellectuals, according to Reuters. Previous executions have sparked violence, raising fears of protests from Nizami’s supporters.

Nizami was the fourth Jamaat-e-Islami leader to have been executed since 2013, after a war crimes tribunal was set up by Prime Minister Sheikh Hasina in 2010. Hundreds gathered in the streets of Dhaka to celebrate the hanging, which rights groups have condemned as flawed.

The execution comes as Bangladesh reels from a wave of extremist violence in April that has seen a Hindu, a gay-rights activist, a university professor and a law student all brutally murdered. Over the past year, over a dozen people have been attacked and killed by Muslim extremists, including atheist bloggers, an Italian priest and a Japanese aid worker. 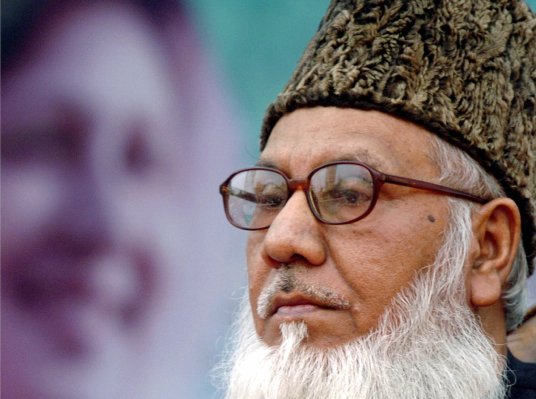 Bangladesh Islamist Leader Will Hang for War Crimes
Next Up: Editor's Pick