White Nationalist Bumped From Donald Trump Delegate List: 'I Thought It Wouldn’t Be an Issue'

The white nationalist who was temporarily chosen as one of Donald Trump’s delegates in California before being bumped from the list said he was “naïve” to think he could be considered in the first place.

William Johnson, who chairs the white nationalist American Freedom Party, told TIME on Tuesday that he regretted applying to be one of Trump’s pledged delegates after the campaign said he was only named due to a technical error.

“I was probably naive in thinking I could be a delegate without causing any sort of brouhaha,” the 61-year-old Los Angeles-based attorney said. “My first thought [after learning of the error] was I probably shouldn’t have applied. I thought it wouldn’t be an issue, but it was an issue.”

Johnson was included among Trump’s list of 169 supporters submitted Monday to California’s Secretary of State. But Trump’s campaign on Tuesday said Johnson appearing on the list was an accident.
“Yesterday the Trump campaign submitted its list of California delegates to be certified by the Secretary of State of California,” spokeswoman Hope Hicks said in a statement to TIME. “A database error led to the inclusion of a potential delegate that had been rejected and removed from the campaign’s list in February 2016.”

Johnson, who has paid for several pro-Trump robocalls, said he has “no hard feelings” over the rejection, which he said was because of his political views. He said the Trump campaign had e-mailed him to explain the error.

“I learned my lesson. I need to be more circumspect when I try to enter the mainstream. Trump has so many issues to deal with. They don’t need to deal with Johnson and his baggage,” he said.

“I was a delegate in good standing for two hours,” Johnson added with a laugh. 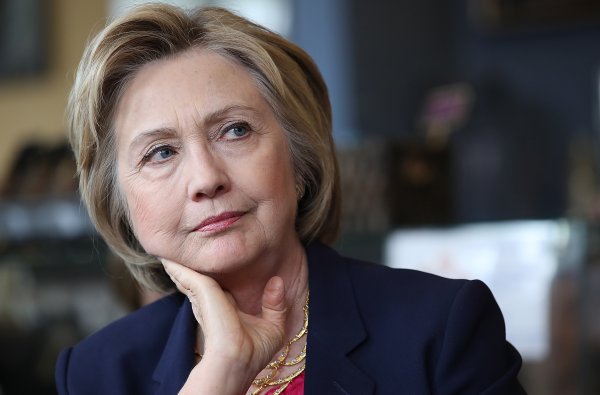 Clinton Tests Out a Common Touch
Next Up: Editor's Pick