West Point on Tuesday announced it has cleared a group of uniformed black cadets who were photographed with their fists raised and who had sparked outrage from those who believed their gesture was a political statement.

The U.S. Military Academy said the 16 female cadets will not be punished after an investigation found none of them violated military regulations against political demonstration. The women, who were participating in a school tradition of taking a photo in their uniforms to mimic historic portraits, were trying to show “unity” and “pride,” the academy said.

“Based upon available evidence, none of the participants, through their actions, intended to show support for a political movement,” the academy said. They are all scheduled to graduate on May 21.

“We are held to a high standard, where our actions are constantly observed and scrutinized in the public domain,” academy superintendent Lt. Gen. Robert L. Caslen, Jr. said in a statement. “We all must understand that a symbol or gesture that one group of people may find harmless may offend others. As Army officers, we are not afforded the luxury of a lack of awareness of how we are perceived.” 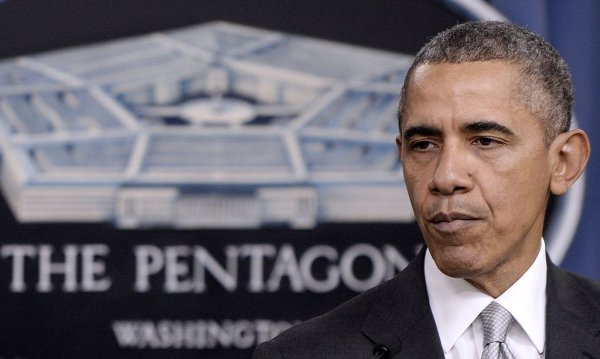 Obama Will Bring a Mixed Message on Nuclear Weapons to Hiroshima
Next Up: Editor's Pick