Safra Catz speaks at the Oracle OpenWorld Conference in San Francisco, on Sept. 19, 2010.
Tony Avelar—Bloomberg/Getty Images
Ideas
By Kirsten Salyer
Kirsten Salyer is a writer and the former Deputy Editor of TIME Ideas

Fortune has a piece out today showing that “Female CEOs of the Largest Public Companies Are Actually Out-Earning the Men.”

According to Equilar, an executive compensation firm, female CEOs of the top 100 companies by revenue in the U.S. made an average of $22.7 million in 2015, compared to male CEOs, who earned an average of $14.9 million.

A reverse pay gap at the top is certainly something worth noting. But a closer look at the data also highlights how far women have to go to hold those top executive positions.

The average is based on eight women. Eight. That’s compared to 93 male CEOs. (Oracle CEO Safra Catz is tied with her co-CEO Mark Hurd as the highest-paid CEO, making $53.2 million last year.)

As Fortune points out, when you compare the median earnings, the women still come out on top. Female CEOs made a median of $20 million in 2015, compared to $14.5 million for the whole group. 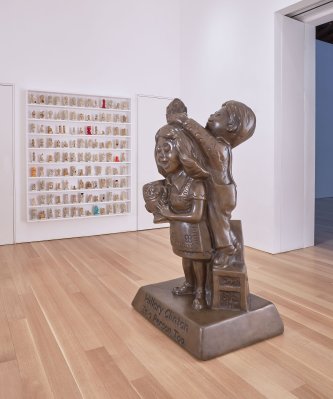 See How This Artist Visually Portrayed Obama's 8 Years in Office
Next Up: Editor's Pick