3 Things To Know About the Future of Virtual Reality

Delegates use the Gear VR (virtual reality) headset, manufactured by Samsung Electronics Co., at the Samsung Unpacked launch event ahead of the Mobile World Congress in Barcelona, Spain, on Sunday, Feb. 21, 2016.
Bloomberg—Bloomberg via Getty Images
By Lisa Eadicicco

Strap on a rectangular black headset, and you can traverse a sunken ship at the bottom of the ocean or climb to the top of a snowcapped mountain. That’s the promise of virtual reality (VR) headsets, like the Oculus Rift and HTC Vive.

As impressive as the technology already is, many believe it’s still in its early days. That’s because previous virtual reality-style efforts have flopped in the past. (Nintendo’s Virtual Boy comes to mind.) But the latest crop of gadgets are seen as more promising, thanks to their much-improved graphics, head-tracking abilities and more.

Few have watched virtual reality evolve as closely as the companies building the hardware that powers it. TIME sat down with Frank Azor, general manager of the Dell-owned gaming PC manufacturer Alienware, and Nelson Gonzalez, Alienware’s cofounder and former CEO, to discuss what they have learned about VR and where they believe it’s headed. Below are the key highlights from our conversation.

Virtual reality will get more physical

Anyone who’s seen or tried the HTC Vive knows that some physical activity is involved. The Vive and its two controllers are equipped with sensors that allow players to swing a virtual golf club or wield an imaginary paintbrush.

But what systems like the Vive or PlayStation VR currently lack is a sense of touch. Although it may look like you’re swinging a golf club, the device in your hand still feels like a video game controller. (The Oculus Rift doesn’t yet support any motion controllers, although the company plans to launch such devices later in 2016.) This is going to be one of the first areas in which virtual reality will improve, says Gonzalez.

“The next evolution of VR would be where you participate physically in that VR world,” Gonzalez said. “And not just sitting down; if you’re a quarterback, you actually get to throw a football, and you can interface with the team. So that kind of stuff, it’s there, it’s going to happen.”

Incorporating better touch controls will only be the start. Azor believes future VR devices could refine concepts first introduced as far back as 1962 with the Sensorama, which incorporated elements like wind and smells.

“Headsets today are doing an excellent job at catering to your visual senses, and a little bit of audio as well,” said Azor, also Alienware’s fourth employee. “Well that’s just two of the senses . . . Once you begin catering to the rest of the senses, like what we feel body-wise, temperature-wise, and smell, the reality factor of virtual reality [becomes] stronger and the virtual piece begins to fade.”

It’s unclear exactly how — and if — technologies like those Azor described will ever take shape. But some companies are certainly trying. Leap Motion, a startup which launched a motion-sensing camera for computers in 2013, is now building technology for interacting with VR environments without a controller. Startup Thalmic Labs also makes an armband capable of controlling electronic devices through gestures that works with the Rift.

VR is an industry-wide effort

The Oculus Rift will likely be remembered as the first modern virtual reality headset. But it takes more than just one device to impact the industry in a meaningful way, says Azor.

“Everyone rallied around [the PC gaming] industry and now we have what we have today,” he said. “VR is the same type of thing; no one company can solve all of the problems.”

There are two classes of virtual reality devices available today: cheaper, portable devices like the Samsung Gear VR and Google Cardboard, and beefier, expensive systems that offer more immersive experiences like the Rift and the Vive. The former plug into your smartphone to deliver VR that’s wireless and convenient, while the latter must be tethered to a PC to power their higher-end performance.

“By the time we solve that, as an industry we’re going to want to give you version two of the product, which is going to become the new benchmark,” Azor said. “Wireless technology is on a different schedule, that’s where the issue comes in . . . The latest and greatest will be wired for a fair amount of time moving forward.” 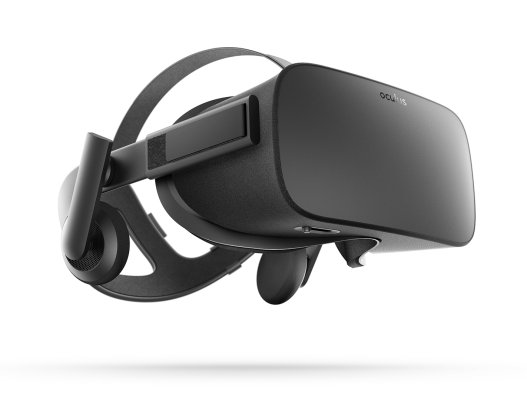 It's About to Get Easier to Buy an Oculus Rift
Next Up: Editor's Pick