The former city administrator of Flint, Michigan filed a lawsuit Monday against the city of Flint and Mayor Karen Weaver, claiming she was wrongfully fired after reporting Weaver for directing water crisis-related donations to a personal fund.

Natasha Henderson was fired on Feb. 12, after she reported that Weaver had instructed that money donated to the Community Foundation of Greater Flint’s Safe Water/Safe Homes Fund be directed to a fund named Karenabout Flint, according to the lawsuit. Safe Water/Safe Homes is an official donation fund that provides clean water to victims in Flint. The lawsuit contends that Karenabout Flint is a political action committee or campaign fund.

The lawsuit—filed in the U.S. District Court for the Eastern District of Michigan in Flint—claims that Henderson’s rights under the Whistleblowers Protection Act and the First Amendment were violated.

“In a community where the current water crisis repeatedly exposed how people failed to do the right thing, Ms. Henderson did the right thing – and was fired for it,” Henderson’s attorney, Katherine Smith Kennedy, said in a statement.

The lawsuit states that Weaver’s assistant, Maxine Murray, told Henderson in February that she “feared going to jail” after being instructed to provide donors with directions for giving money to Karenabout Flint instead of Safe Water/Safe Homes. Henderson shared Murray’s concerns with the city’s interim chief legal counsel Anthony Chubb three times between Feb. 9 and Feb. 12, when she was called into Weaver’s office and fired, according to the lawsuit. Chubb was present at the meeting.

City spokeswoman Kristin Moore declined to comment on a pending legal matter and directed all inquiries to the attorney Kendall Williams, who is representing the city in this case. Williams did not immediately respond to a request for comment. 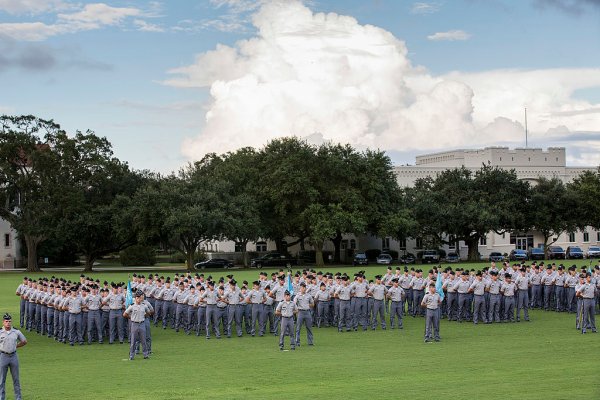 The Citadel Rejects Muslim Student's Request to Wear Hijab
Next Up: Editor's Pick