Why Did the Philippines Just Elect a Guy Who Jokes About Rape as Its President?

On Monday, millions of voters in the Philippines went to the polls to vote for their next President. The apparent winner, with nearly two-fifths of the vote: Rodrigo Duterte, the 71-year-old populist mayor who gained international attention with a string of gleeful gaffes. John Oliver described him as the “Trump of the East,” but Duterte makes Trump sound like a Sunday school teacher: in November, he called Pope Francis “a son of a whore”; last month, he expressed disappointment at the fact that he did not get to participate in the 1989 gang rape of a “beautiful” Australian missionary. He’s casually mentioned his penchant for Viagra.

But to millions of Filipinos, Duterte’s appeal is simple: he is, they believe, the sort of bombastic firebrand who can clean up a crime-riddled nation and eradicate endemic corruption. For more than 22 years, Duterte has served as the maverick mayor of Davao City, a sprawling coastal metropolis where his unmerciful stance on crime earned him the nicknames “the Punisher” and “Duterte Harry.” Before he took office, Davao City was known for its war-zone-like lawlessness, but last year, a crowdsourced poll declared it fourth safest city in the world. Human-rights activists have decried the political tactics at play, claiming that Duterte hired mercenary “death squads” to execute violent criminals. The mayor turned President is unabashed and Davao is now a portent of optimism in a country blighted by rampant violence.

In 2013, the Philippines’ homicide rate was the highest in Asia and the 11th highest in the entire world, according to a World Bank survey. It is notoriously easy to get your hands on an illegal firearm there; there are more than half a million unlicensed guns in circulation across the country. The trade and abuse of methamphetamine is burgeoning. Tourism is vital to the Philippine economy, but more and more foreign governments are warning their citizens to avoid traveling there, noting (as Australia does) the “significant threat [of] violent crime” and “the very high threat of kidnapping” in the country’s southern regions.

The country, in other words, needs a quick and dirty fix, and that is Duterte’s mandate.

“If I make it to the presidential palace, I will do just what I did as mayor,” Duterte said at a campaign rally over the weekend. “All of you who are into drugs, you sons of bitches, I will really kill you. I have no patience, I have no middle ground, either you kill me or I will kill you idiots.”

“We obey him because we love him,” said Julius Jumamoy, 53, an oil-and-lubricants salesman who brought his 3-year-old granddaughter, Maggie, to watch Duterte cast his vote in Davao. “And we follow him because he’s right. He’s not killing innocent people, he’s just killing criminals. He’s a very good man. That’s why we chose him for our president. He’s going to do the same thing all over the Philippines.”

Jumamoy dismissed concerns that Duterte would rule the Philippines as a dictator — a concern publicly raised by outgoing President Benigno Aquino, who encouraged voters to “remember how Hitler came to power.”

Some experts ventured that disillusioned voters are exhausted enough to take the risk.

“The Filipinos are gamblers. They wanted to take a wrecking ball to what they see as an establishment that has not given them a fair hand over the last five decades,” Ernest Bower, a senior adviser specializing in Southeast Asia at the Center for Strategic and International Studies (CSIS), told TIME on Tuesday afternoon. “They wanted a guy who was tough and mean enough to change things. It’s a big risk, but they were willing to take it.”

“People are quite frustrated with crime, corruption and inequality in the Philippines. The rich have become richer, and meanwhile it takes your average person two hours to get to work on a breaking down subway,” Teresa S. Encarnacion Tadem, a professor of political science at the University of the Philippines, says. “He comes at a time when promises are being made but not fulfilled, and people want somebody who can enforce policies that will actually do something.”

She continues: “And they like the personality of Duterte — because he’s the most authentic. With him, what you see is what you get.” 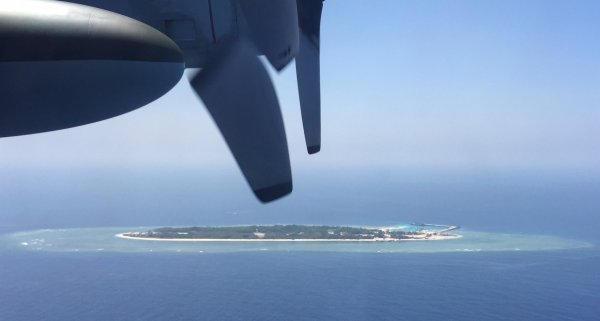