The first post-credit sequence for Captain America: Civil War shows T’Challa, a.k.a. Black Panther, offering refuge to Captain America and Bucky in his homeland of Wakanda. It’s the first peek we get at the country over which T’Challa rules, the most technologically advanced nation in the Marvel Universe. The sequence not only shows the audience Bucky’s fate, but it also sets up the Black Panther spinoff, which will arrive in theaters in 2018.

Directed by Creed filmmaker Ryan Coogler and starring Chadwick Boseman, the movie will offer an expanded look at Wakanda, which is why the directing team behind Civil War, Anthony and Joe Russo, consulted with Coogler about the post-credits scene. The Russo brothers spoke with TIME about how they put the scene together, and how they collaborate with other directors in the Marvel Universe.

Anthony Russo: It was a complicated proposition for us to introduce even a bit of Wakanda with so little screen time. We loved the story beat, the idea that T’Challa would get to the point where he would reach out to Cap and Bucky and offer refuge to them as a way to make amends for the fact that he had been hunting the Winter Soldier throughout the film, and making peace with what happened to his father as well. Cap lays out the stakes to T’Challa and says, “If they find out he’s here they’ll come for him,” and T’Challa says, “Let them try.” That was just a very powerful moment for us. It just spoke to how regal and tough and imposing that both Black Panther and Wakanda can be that they could challenge and defy the rest of the world like that.

But it presented challenges: How to do we present Wakanda when we’re showing a small slice of it? And we just played to the ideas that are associated with Wakanda: the technological advancement, the landscape, the wealth, the hidden nature of the society that’s obscured from satellite spying and nestled into a landscape that helps hide it. That’s why we played with all the mist outside the window.

Joe Russo: Marvel is turning into a bit of a United Artists where all of us are close to each other. Everybody is very respectful of one another. So it was important to us that Ryan Coogler, who had been hired to make the Black Panther film, really get to define what he wanted to do with that nation, what he wanted the look to be. So we met with him and his production designer and discussed it. It was important that there be some continuity between what we were doing and what he was doing. 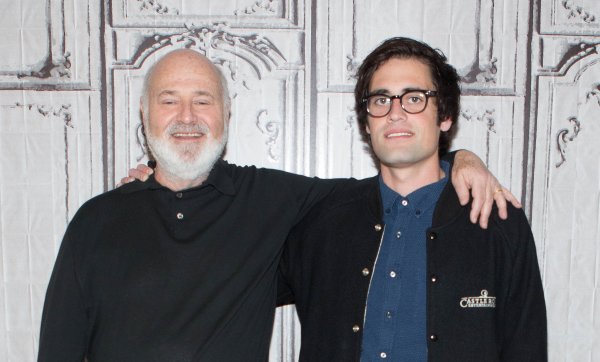 Watch an Exclusive Clip From Rob Reiner’s Father-Son Drama Being Charlie
Next Up: Editor's Pick