Donald Trump escalated his fight with Washington’s evangelical leaders on Monday by attacking the president of the Southern Baptist Convention’s policy arm. “Russell Moore is truly a terrible representative of Evangelicals and all of the good they stand for. A nasty guy with no heart!” Trump tweeted.

The fight between Moore and Trump has been brewing for months, and now it is exposing deep fault lines in the evangelical community over the presumptive GOP nominee.

Moore is the head of the Ethics and Religious Liberty Commission of the Southern Baptist Convention, the denomination’s public policy office. He took over the post in 2013 following the long tenure of conservative hardliner Richard Land, and while Moore is committed to the traditional social conservative issues like abortion and marriage, he also has pushed to expand the platform, advocating for immigration reform and racial justice, especially in the face of poverty, police brutality, and mass incarceration.

Trump’s direct attack comes three days after Moore wrote an op-ed for the New York Times, “A White Church No More,” that directly called out Trump by name for a campaign that “has cast light on the darkness of pent-up nativism and bigotry all over the country.” Moore pointed out that the evangelical church in the U.S. is no longer the “old white precinct captains in Iowa,” or the “old, white television evangelists.”

“The next Billy Graham probably will speak only Spanish or Arabic or Persian or Mandarin,” Moore wrote. “The man on the throne in heaven is a dark-skinned, Aramaic-speaking ‘foreigner’ who is probably not all that impressed by chants of ‘Make America great again.’”

Moore responded Monday to Trump’s attack by tweeting a passage from the Old Testament, where God’s prophet Elijah stands up to the enemy king Ahab whose people followed false gods. “You have abandoned the Lord’s commands and have followed the Baals,” Elijah says in the Bible, before the God of Israel rains down fire to show his power.

Trump supporters jumped in to attack Moore on social media for his leadership of the Evangelical Immigration Table, a platform for immigration reform signed by hundreds of influential evangelical leaders that includes a path to citizenship or legal status for those who qualify. Moore is a leader of the group along with presidents of the National Association of Evangelicals, Council for Christian Colleges & Universities, and evangelical humanitarian relief organizations.

For decades the golden rule of Republican politics has been that winning over social conservative evangelicals, like Moore, is a necessary strategy for a White House win. Now that group and its leadership is split—half of white evangelicals think Trump would make a good or great president, according to the Pew Research Center. Moore came out early this cycle as a #NeverTrump voter, and he has been urging evangelicals to vote for neither nominee if he or she is “morally disqualified,” including Trump, for his comments on race.

Some evangelical leaders are coming to Moore’s defense. “An attack on Russell Moore is an attack on the entire evangelical community,” Samuel Rodriguez Jr., president of the National Hispanic Christian Leadership Conference and a leader of the Evangelical Immigration Table, says. “White evangelicals alone can never and will never elected Donald J. Trump. Dorothy, we are not in Kansas anymore.”

Mark DeMoss, evangelical public relations executive and former Mitt Romney adviser, recently resigned from the board of trustees of the evangelical Liberty University following his disagreement with Liberty president Jerry Falwell Jr.’s Trump endorsement. “Scorched earth name-calling, insulting and demagoguing does not seem to me to be the way to build a winning general election coalition,” DeMoss says. “Russell Moore thoughtfully represents views and attitudes of millions of people of faith in the country; it is one thing to disagree with him, another thing altogether to be dismissive of him.”

Tim Blackmon, the chaplain of the evangelical Wheaton College in Illinois, defended Moore on Twitter: “this reminds me of Pierre Trudeau’s quip: ‘I’ve been called worse things by better people.’”

But the influence of a Trump protest from evangelical leaders like Moore remains to be seen. “I’m not sure of the actual material affect,” says Johnnie Moore (no relation to Russell Moore), a National Association of Evangelicals board member who is pushing an initiative to get 25 million evangelicals to the polls in November. “Dr. Moore is much more influential among younger envangelicals than older evangelicals … Young evangelicals, they don’t rally to the other side; they just protest by not acting.”

Evangelical leaders are also far from politically united, and Southern Baptists do not vote as a block. Robert Jeffress, a Southern Baptist pastor of the 12,000-member First Baptist Church in Dallas, has been very supportive of the presumptive Republican nominee. “Russell Moore has launched numerous vitriolic attacks not only against Trump’s policies but about his own character and integrity,” Jeffress says. “No one should be surprised that Trump would respond to such attacks.” 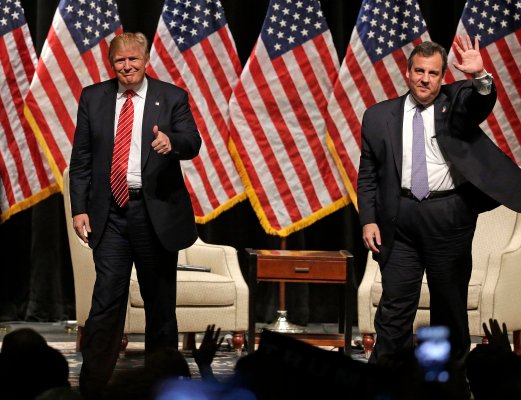