How Junk Food Wrecks Your Body

It’s no surprise that junk food is low in healthy nutrients and high in ingredients like sugar and salt. But new animal research suggests that a diet high in junk food might harm the kidneys in a similar way to type-2 diabetes.

In the study, published in the journal Experimental Physiology, rats were fed a junk food diet of chocolate bars, marshmallows, biscuits and cheese for eight weeks. Other rats were fed chow that contained 60% fat for five weeks. By analyzing the rats’ blood sugar levels and the function of blood sugar transporters in the rats’ kidneys, the researchers were able to see what happened to the kidneys of rats that ate junk food and fatty foods, compared to the kidneys of rats with diabetes.

All of the groups experienced “very similar” negative effects and increases in blood sugar levels, says lead study author Havovi Chichger, a senior lecturer in Biomedical Science at the Anglia Ruskin University in the U.K.

The study was small and used rats rather than people, so the results can’t be extrapolated to humans. “Animal studies provide insights about potential effects in people, but they rarely provide definitive answers,” says Dr. David Katz, director of the Yale University Prevention Research Center, who was not involved in the study. “Animal research is most meaningful when interpreted in the overall context of established evidence. In this case, we certainly already knew that junk food is not good for us. so this is not a great surprise.” In humans, eating a diet high in sugar has been shown to interfere with a person’s blood sugar levels and increase their risk for type 2 diabetes.

This is not the first study to suggest that junk food does more to your insides than simply add fat around the middle; it can also disrupt hormones, change a person’s sense of taste and even raise the risk for mental health problems. A 2015 study published in the journal Mayo Clinic Proceedings found that a calorie from sugar is much more dangerous to the body than a calorie from other carbohydrates, like starch. Added sugars were linked to poor insulin levels and blood sugar, as well as harmful fat storage around the belly, which promotes problems like inflammation and high blood pressure. Another study published in the American Journal of Clinical Nutrition looked at questionnaires from around 70,000 women and found that diets higher in added sugar and refined grains, like white bread, were associated with a higher risk for depression a few years later. Sugar had an especially strong link, and healthier foods, like fiber, fruits and vegetables appeared to have a protective effect. The study only found a correlation, but overeating sugars and refined starches can increase inflammation and risk for heart disease, both of which have been linked to depression, the study authors said. Eating junk food and can increase the risk for insulin resistance, which has been associated with cognitive problems also found among people with depression.

Eating junk food can also change the way our bodies react to certain foods; a small April 2015 study found that just five days of eating processed food was enough to dramatically alter a healthy person’s metabolism. A diet high in processed food can also expose people to chemicals they may not know they’re eating, recent research found. People who ate at least 35% of their total calories from fast food in the past 24 hours had up to 40% higher levels of phthalates—chemicals that have been linked to issues like hormone disruption and lower sperm count.

Taken together, the latest research shows that food affects the body in myriad ways and bolsters the case to cut back on processed foods. “Junk is not food, and food is not junk,” says Katz. “Junk should not be a food group.” 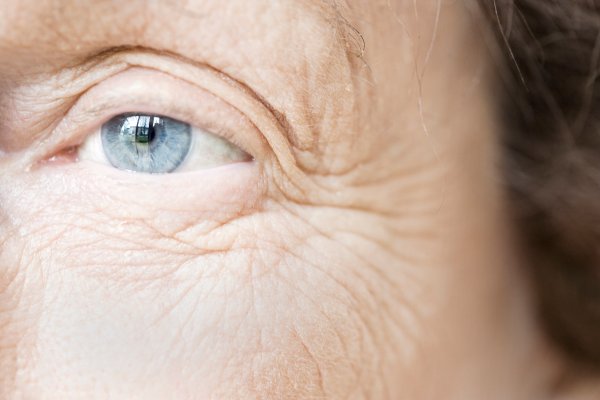 Researchers Develop ‘Second Skin’ That Gets Rid of Wrinkles
Next Up: Editor's Pick