The general election hasn’t started yet, but Donald Trump has already announced that Chris Christie will lead his transition team if he wins the White House.

“Governor Christie is an extremely knowledgeable and loyal person with the tools and resources to put together an unparalleled Transition Team, one that will be prepared to take over the White House when we win in November,” Trump said in a statement released Monday. (Christie endorsed Trump in February.)

It’s early in the election cycle to announce a transition team— then-candidate Barack Obama did not name his until November in 2008. But now that Trump is the presumptive nominee for the Republican Party, he’s looking ahead to facing likely Democratic nominee Hillary Clinton after both parties’ conventions in July.

“Mr. Trump has begun shifting towards a general election strategy and implementing an infrastructure capable of securing a victory including making key hires, building a finance operation to benefit the Republican Party and unifying the party by working with several Republican leaders now voicing their support for Mr. Trump and his candidacy,” his statement says. 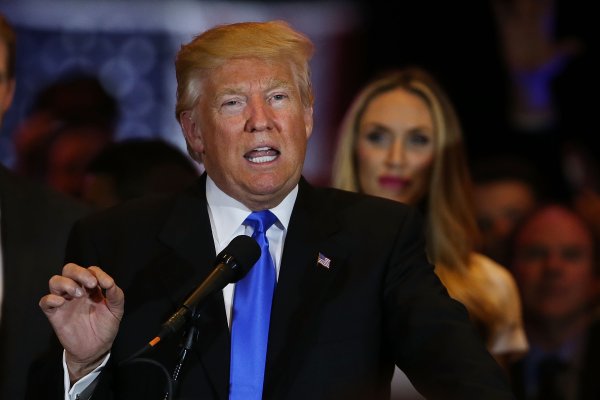