The Republican National Convention Will Be Real-Life Game of Thrones

Getty Images (3)
Ideas
By Russ Schriefer
Russ Schriefer, a Republican political strategist with Strategic Partners & Media, has worked on seven of the last eight presidential campaigns, and was program director for 2004 and 2012 GOP conventions.

The hottest TV show for binge-viewing this summer won’t be Game of Thrones; it will be the Republican National Convention.

What? You mean that quadrennial snooze fest where a bunch of politicians get up and yak for four days? The outcome is usually pre-determined and rarely does anything interesting happen. Network executives would rather cover curling.

This year might be different. (Read the next paragraph in your best Wolf Blitzer voice.)

Three men with different agendas and different world views take the stage in Cleveland this July in front of a party that hasn’t been this fractured in 40 years. Can Ted Cruz win by losing? Can Paul Ryan save the party from potential disaster? And what of Donald Trump? Will The Donald who shows up to accept the nomination of the party of Abraham Lincoln, Theodore Roosevelt and Ronald Reagan be the Trump who reads a substantive presidential speech from a teleprompter or the Trump who entertains by dishing insults and settling scores?

You may believe that the Republican Party has split in two—Trump v. Never Trump. But in reality there are three factions competing for the future of the party, and all will be on display this summer in a GOP smackdown.

1. The Trump faction. I’ve described Trump as a disruptor, the political equivalent to Airbnb or Uber. Now he has not only crashed the Republican Party, but he has also moved in and rearranged the furniture. He is throwing aside Republican policies that were once seen as gospel for his own Trumpian, non-ideological view of what it means to be a Republican.

2. The Cruz faction. A group of Tea Party and evangelical conservatives are not ready to give up their fight. With Cruz as their leader, they believe Republicans have lost the last two elections because the nominee wasn’t conservative enough. Cruz who has made a career out of winning by losing (the government shutdown of 2013) is looking ahead to a potential Trump loss and 2020.

3. The Ryan faction. House Speaker Ryan represents the traditional conservative wing of the Republican Party. While the establishment has recently been battered and bruised, they are still a big portion of the Republican base and contribute the majority of its financial support. With Ryan’s recent comments that he was not ready to endorse presumptive nominee Donald Trump “just yet” he has clearly thrown down the gauntlet that they are also far from giving up.

All these forces and their supporters will come together this summer to battle out the future of the Republican Party.

Will the Trump faction try and include a ban on Muslims until “we know what the hell is going on” as a plank? Immigration reforms and border security are mentioned in the 2012 document—will Trump try and include his plans to build a great big beautiful wall that Mexico is going to pay for?

And what of Cruz’s followers? Some Republicans have suggested removing any reference to same-sex marriage from the platform. This will be certainly met with resistance, but will Cruz supporters go a step further and demand some version of the North Carolina religious liberty bill as the official Republican position? Will the bathroom wars be fought this July in Ohio?

And will Ryan, who strongly believes that elections are about choices and are not referendums, be offering his own vision, similar to what House Republicans are trying to accomplish this year? His views on trade policy, entitlement reform, Obamacare reform and immigration are in direct odds with almost every Trump stump speech.

But platform may just be the warm-up. We are used to conventions being well-oiled, tightly scripted affairs where message discipline is king and spontaneity is outlawed. (This is just one reason why Clint Eastwood ad-libbing with an empty chair received so much attention.) But even if there is little drama over whether Trump gets to 1,237 delegates on a first ballot—the number of delegates needed to be the GOP nominee—the speeches delivered by each faction may be wildly different from one another and make Pat Buchanan’s 1992 convention speech seem “on message.”

According to the rules of the convention, Trump and Cruz, on the basis on having their names put into nomination, have the right to address the convention. And while Ryan said Monday that he’s willing to step down as convention chair if Trump asks, it’s hard to imagine denying the Speaker of the House a speaking slot if he wanted one. Yes, there will be negotiation on the time and the length of each address, but it will be difficult for the Trump forces to demand final approval, leaving Cruz and Ryan largely free to say what they please.

In 1964, the Goldwater supporters forced Nelson Rockefeller to give his speech attacking conservatives past prime time on the East Coast. But this year prime time might not matter. The networks will be breaking into their programming with convention updates, cable TV will cover it 24/7, and the Internet will replay the most compelling and embarrassing moments for eternity. 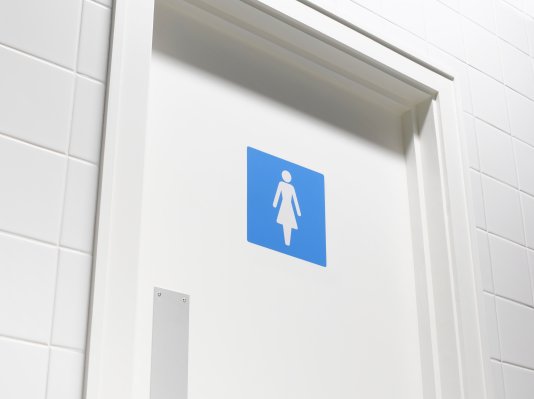 I’m Proof Bathroom Bills Are Not Just a Transgender Issue
Next Up: Editor's Pick