John Oliver Calls Rodrigo Duterte the ‘Trump of the East’

Rodrigo Duterte, Mayor of Davao and presidential candidate, gestures to members of the media at a polling station during the presidential election in Davao, Mindanao, the Philippines on May 9, 2016.
Bloomberg—Bloomberg via Getty Images
By Melissa Chan

John Oliver mocked Donald Trump and Rodrigo Duterte, the controversial candidate who is leading polls to become the next president in the Philippines, in a segment Sunday that hailed Duterte as the “Trump of the East.”

Oliver then cut into Duterte, who during his campaign made headlines for joking about rape, his penis and killing his children if they took drugs.“Duterte routinely kisses his female supporters, once called the pope a ‘son of a bitch,’ all of which has earned him a reputation of the ‘Trump of the East,’” Oliver said. 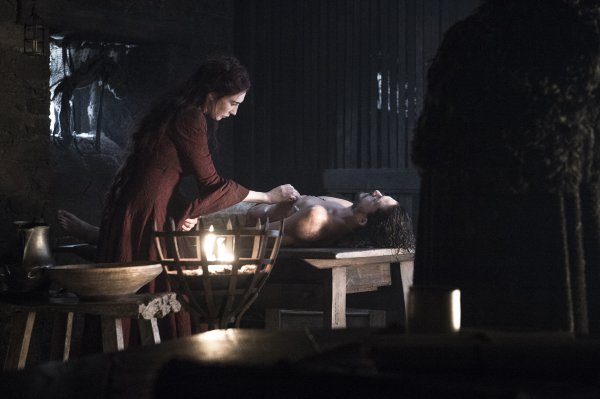 Game of Thrones Actor Talks Being Killed Off in Oathbreaker Scene
Next Up: Editor's Pick