Republican presidential front runner Donald Trump speaks to supporters and the media at Trump Tower in Manhattan following his victory in the Indiana primary on May 03, 2016 in New York City.
Spencer Platt/Getty Images
By Tessa Berenson

Donald Trump’s current tax plan implements cuts on wealthy Americans, but in a new interview he said the rates could actually go up, instead.

“On my plan they’re going down. But by the time it’s negotiated, they’ll go up,” Trump told ABC News on Sunday.

Trump said that in negotiating his deal with Democrats, lowering taxes on the wealthy would not be his priority. “I will try and keep everything,” he said. “What I really want is lower on business, because business, we’re the highest-taxed nation in the world. And I want lower on the middle class.”

In the presumptive GOP nominee’s current tax plan, the wealthiest individuals get a tax break from 39.6% to 25%. 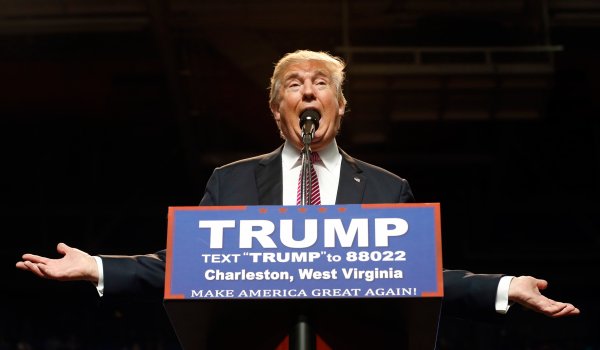