An undated handout picture released by Khurram Zaki's family shows him in Pakistan. Zaki, an active campaigner against radical Muslim clerics, was killed by unknown gunmen in Karachi on May 7, 2016
Shahzaib Akber—EPA
By Simon Lewis

Pakistani journalist and activist Khurram Zaki was gunned down on the streets of Karachi on Saturday night, in the latest sign that campaigners face severe risks for speaking out against extremism in the country.

The BBC reports that unidentified gunmen riding motorcycles opened fire on Zaki, 40, killing him and badly wounding his dining companion and a bystander.

Zaki was an editor of the website Let Us Build Pakistan, which promotes “a progressive, inclusive and democratic Pakistan.” Himself a follower of the Shi‘ite branch of Islam, Zaki campaigned on social media against sectarian killings and Sunni fundamentalist groups inciting violence online.

Fellow activist and lawyer Jibran Nasir told al-Jazeera he was certain the murder was a result of Zaki’s activism. “The primary reason behind Zaki being shot dead was his constant activism in a bold manner,” he said.

A faction of the Pakistani Taliban has reportedly claimed responsibility for the slaying, but police cautioned that the group has in the past tried to take credit for acts that it did not commit.

“His death is the grim reminder that whoever raises voice against Taliban [and other militant groups] in Pakistan will not be spared,” Zaki’s colleagues at Let Us Build Pakistan said in a statement reported by the BBC. 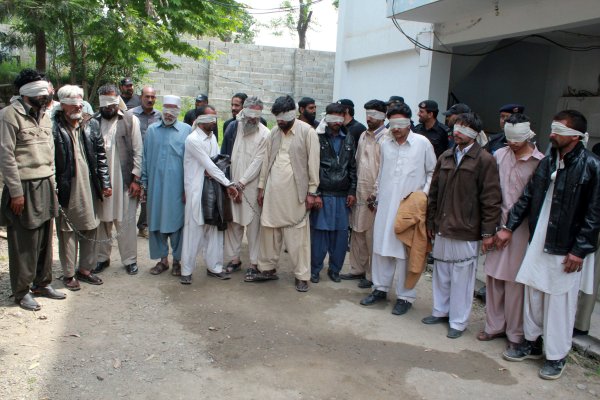 14 Arrested for Burning Teenage Girl to Death in Pakistan
Next Up: Editor's Pick