Review: Jon Snow Is Back on Game of Thrones. Now What?

Jon Snow coming back from the dead? That’s old news. This week, he got vengeance.

The erstwhile star of Game of Thrones—insofar as the sweeping ensemble show can be said to have a star—was only back for a few moments before he was walking around and greeting the assembled Castle Black soldiers. Some of them, naturally, had been critically involved in killing him, but all of them, it seemed, had something to say about Jon’s unnatural reappearance. “Is that still you in there?” asked one. “I think so,” said Snow. “Hold off on burning my body for now.”

This rejoinder, as close to a Bruce Willis action-movie comeback as dialogue in Westeros gets, indicates a slightly more amped-up approach to storytelling around Snow than last week’s too-methodical-by-half resurrection sequence might have implied. Indeed, Davos and Melisandre had left the room before Snow’s sudden jump back to life last week; this week, they were right by his side as he swiftly became reacquainted with his surroundings, and the stakes of an ongoing story of which he’d only missed a very small part.

The episode, which also featured a lengthy sequence between King Tommen and the High Sparrow that played up the religious leader’s gifts for manipulation, showed glimmers of real ideas around the spiritual aspects of Snow’s comeback. “The Lord let you come back for a reason,” said Melisandre, the priestess who ended last week’s episode apparently convinced that the Lord would not let Jon Snow come back at all. “Stannis was not the prince that was promised, but someone has to be.” Melisandre staked her credibility and many other people’s lives on the idea that Stannis was the standard-bearer for her faith; having failed, she’s grasping at straws to explain the world to herself. Someone has to be the leader she was promised, right?

Unfortunately, it seems as though that leader will not, right now, be Jon, who ended the episode not merely by executing several of the conspirators against him but then by stalking away from Castle Black, declaring “My watch is ended.” Snow saw nothing in the afterlife (if one exists in Westeros); he recalls nothing between his death and his resurrection. And, most crucially, he seems, having been brought back, to believe in nothing.

It’s not that anyone expected that Jon Snow wouldn’t come back from the dead, or that we had previously believed a return from the dead for any character was outside the show’s rules. But Snow’s turn toward nihilism, in his first moments back, was a bit of a surprise. The show Snow appears on believes that practically anything is possible; Snow, right now, wants as little to do with any of it as he can get away with. The deal the show made with its viewers by creating a world in which such fundamental laws of storytelling as “the finality of death” can be broken would seem to be that a resurrection would be meaningful. Right now, it means a little more than itself, but only a little.

It’d be a bit silly to assume that Snow’s state of mind in the moments following his resurrection will be his through the end of the series; it was as easy to guess he’d come back as it is to predict he’ll find motivation beyond revenge to carry him toward the show’s endgame. But, with all respect to the potential arc that Snow is to work through in the weeks ahead, that will hopefully come soon. Seasons’ worth of an increasingly deadening Arya storyline have apparently failed to impress upon the showrunners that angry disaffection has its limits as a character trait.

But he has jokes, or something like them. “You shouldn’t be alive! It’s not right!,” one of Snow’s prisoners, hanging from his noose, says moments before his death. They’re his last words, but he’s not allowed to have the last word: “Neither was killing me,” Snow says. His comeback from the dead was the most-talked-about event of the year so far on TV. His comebacks in conversation? They feel imported from another show, one with a great deal less to say. 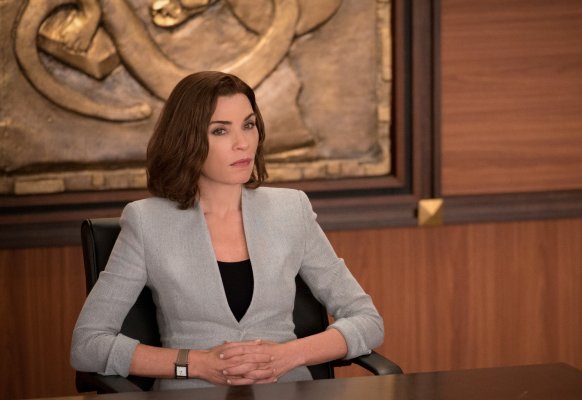 How The Good Wife Changed Feminism and Politics on TV
Next Up: Editor's Pick