An Ivy League professor writing math equations on a plane was inadvertently involved in a flight delay on Thursday when another passenger reported his activity as suspicious.

Guido Menzio, an economics professor at the University of Pennsylvania, said the plane—which was flying from Philadelphia to Syracuse—returned to the gate after the woman seated next to him gave a note to the flight attendant, the Associated Press reported.

Casey Norton, a spokesman for American Airlines, said the woman reported that she felt sick and wanted to get off the plane, prompting its return to the gate. As she was leaving the Air Wisconsin-operated flight, the woman expressed concerns about Menzio’s behavior, and an airline security official was called, Norton said.

Menzio, who did not immediately respond to a request for comment, told the Associated Press that he was questioned by the pilot and an official after the plane returned to the gate.

“I thought they were trying to get clues about her illness,” Menzio said, according to the AP. “Instead, they tell me that the woman was concerned that I was a terrorist because I was writing [strange] things on a pad of paper.”

Norton said Menzio was not removed from the plane, but he got up from his seat to speak with airline officials on the jet bridge because he was concerned about the woman’s illness.

“There was definitely a conversation about the concerns that she raised,” Norton said, declining to specify what her concerns were. “Anytime a customer expresses concerns we are going to look into it and determine that the flight is 100 percent safe to fly.”

Menzio returned to the plane, which took off after a roughly two-hour delay, while the woman opted to take a later flight, Norton said. 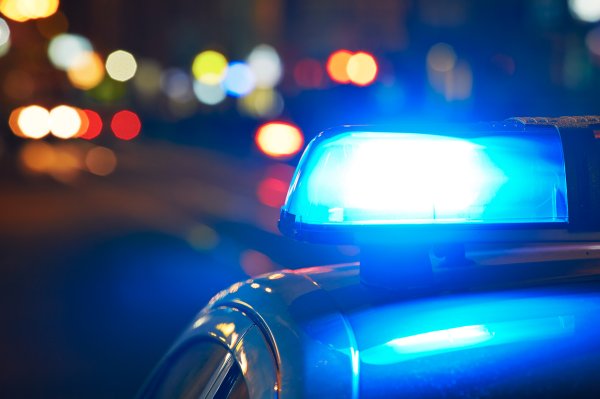 Connecticut Landlord Arrested for Allegedly Soliciting Sex for Rent
Next Up: Editor's Pick