GOP Hawks Worry Rand Paul Has Too Much Ron

Kentucky Senator Rand Paul is hard at work laying the groundwork for an almost certain presidential campaign in 2016, but as he broadens his support among libertarian and younger voters, there’s a budding countercampaign to take him down if he becomes a threat to actually win the nomination.

At the Republican Jewish Coalition (RJC) meeting in Las Vegas this weekend, Paul was nowhere to be found, but his presence was felt in the form of a straw man — and frequent worry. Speaker after speaker, from former Florida governor Jeb Bush to New Jersey Governor Chris Christie, laid into Paul’s more isolationist views on foreign policy. They never mentioned the lawmaker by name, but the message came across loud and clear.

The conference brings together some of the biggest names — and wallets — in Republican politics, most notably billionaire casino magnate Sheldon Adelson. At a private dinner for VIP donors in an Adelson-owned aircraft hangar holding one of his pair of Boeing 747s, Bush was asked about the growing isolationist wing of the Republican Party and replied there was no such thing — effectively casting Paul out of the fold, according to attendees.

John Bolton, the former U.S. ambassador to the U.N., bemoaned “a rising tide of neoisolationism within the Republican Party,” and blasted those, like Paul, who oppose throwing the book at admitted NSA leaker Edward Snowden, as “unfit to serve.”

“America must be engaged in the world, and we should help the people who share our values,” Ohio Governor John Kasich told guests at a Saturday lunch.

To the pro-Israel crowd, Paul is viewed by many as different from his father, former Representative Ron Paul, whose positions had kept him from getting an invite to the conservative confab in prior years. Nevertheless concerns remain about the younger Paul, who was invited this year but did not attend.

“His edges aren’t as sharp as his father’s,” says Ari Fleischer, a former White House press secretary. “But there’s still a naiveté that’s going to be a problem. He represents a departure from something a lot of Republicans are used to.”

Rand Paul has told top GOP donors that he is “evolving” on foreign policy, particularly when it comes to his positions on Israel, according to several people who have had conversations with him. In recent months he has toned down his opposition to foreign aid — a red flag for most at the RJC — replacing it with a call to end foreign aid to countries that are unfriendly to the U.S. He has also increased his outreach to prominent pro-Israel and neoconservative thinkers and donors to show he is interested in having a dialogue. The U.S. gives more than $3 billion in foreign aid to Israel every year, almost entirely in the form of grants for Israel’s military and defense services.

Matt Brooks, executive director of the RJC, says the group is trying to “help move him along” on his transformation.

“I think, unlike his father, he is genuinely interested in reaching out to the Jewish community,” Brooks says.

But several donors who have had private conversations with Paul about his foreign policy said those talks have not assuaged their concerns. And unlike his father, whose intensely supportive base was fairly contained, they worry that Paul’s smoother approach could make him a contender. “Can he win Iowa, yes. Can he win New Hampshire, yes. Can he win the nomination, maybe — and that’s scary,” says one former Mitt Romney bundler at the conference who did not want to be named.

On the margins of the conference, where attendees heard from four potential 2016 candidates who advocated for a strong American foreign policy and support for Israel, five donors huddled with a reporter pledged to reach into their deep pockets to ensure Paul doesn’t win the GOP nomination.

“The best thing that could happen is Ted Cruz and Rand Paul run and steal each other’s support,” says one of the donors, “but if not, we’ll be ready to take Paul down.”

Several prominent GOP donors at the conference suggested that Adelson, who spent more than $100 million backing Newt Gingrich and Romney in 2012, is likely to spend vast sums against Paul if he appears to be well positioned in the Republican primaries. Adelson’s spending is largely motivated by his strong concern for Israel, and Paul’s positions may well put a target on his back.

“Paul hasn’t — and probably will never — win the trust of the pro-Israel community,” says Noah Pollak, executive director of the conservative Emergency Committee for Israel, which ran ads against the elder Paul. “But his foreign policy problems run far deeper. His mustering of fake outrage over issues like Tomahawk-missile cuts and the persecution of Middle East Christians are a shiny-object strategy intended to contradict the correct impression that, at his core, he is more or less an isolationist.” 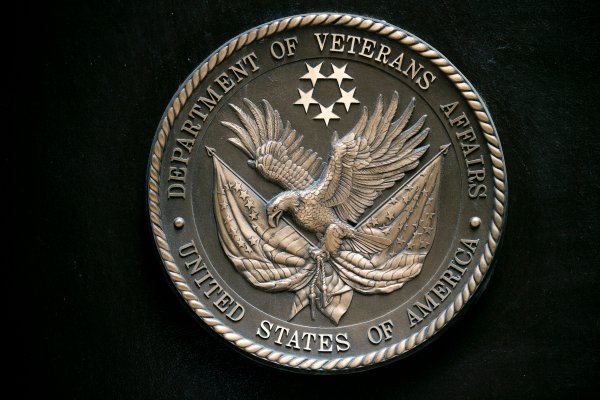 Report Reveals Cracks in Support Programs for Vets
Next Up: Editor's Pick