Rebel soldiers from the Sudan Liberation Army – Abdul Wahid (SLA-AW) prepare the truck to go for water in the middle of a sand storm in North Darfur, Sudan, on Feb. 24, 2015.
Adriane Ohanesian
By Olivier Laurent

Sudan is a country at the center of several ongoing conflicts — both internally and beyond its borders. In the country’s Western region, Darfur, at least 300,000 people are said to have been killed after the government cracked down on an insurgency more than 13 years ago.

For the past six years, the New York-born, Nairobi-based photographer Adriane Ohanesian has held a place in her heart for the troubled nation — and now her “tenacious dedication” to the story has earned her the 2016 Anja Niedringhaus Courage in Photojournalism Award, a prize launched by the International Women’s Media Foundation in memory of the Associated Press photographer murdered in Afghanistan in April 2014. “[Ohanesian’s] perceptive, compassionate eye offers an extraordinarily personal glimpse into places the global community may not otherwise see,” the judges said as they awarded her a $20,000 cash prize to support her ongoing work.

That compassion is purposeful, the photographer says.

“On a personal level I feel a certain amount of responsibility because the people of Darfur have allowed me into their lives and kept me safe in their violent homeland,” Ohanesian says. “I promised the people that I met that I would do everything within my power as a photographer to reveal what is continuing to happen in the isolated communities throughout Sudan. I cannot make people care, but I can show them why I think that they should.”

“It is a huge honor to receive this award, especially since I suddenly find myself in the company of such incredible women photographers who have been in this industry for literally decades,” Ohanesian tells TIME. “It has been an unbelievable feeling to be recognized for the work that I’ve been committing myself to for the last few years. I tend to work fairly independently; often I’m working in isolated areas and not on assignment or shooting major news events. I’ve been sending images off into the world hoping to see a response and crossing my fingers that the photos will find their way to a publication that can reach as wide of an audience as possible.”

Ohanesian now hopes the award will help “get the word out about what is happening in Darfur,” she says, “and perhaps continue the momentum to make it possible for future reporting trips to the region.”

Adriane Ohanesian is a freelance photographer based in Nairobi, Kenya. 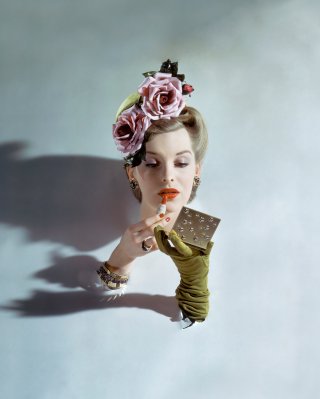 Explore a Century of Fashion Photography at Condé Nast
Next Up: Editor's Pick