Now that the New York real estate mogul and former reality TV star is the presumptive Republican nominee, many pundits have wondered whether he’ll tone down his brash campaign approach to a tone more typical of past candidates.

Or maybe a little of both.

As TIME’s Philip Elliott reports in this week’s magazine: “How Trump comports himself in the coming six months before Election Day stands to either remake U.S. politics or splinter an already deeply divided country. … He is at work on speeches detailing his ideas on trade, economic development and the law. But he isn’t going to give up his rowdy rallies, which he clearly enjoys, or his fringe theories about Bill and Hillary Clinton’s past, which he bets will help him narrow the gap.”

This dual nature of Trump’s candidacy is on display every time he takes the stage as he oscillates between what he likes to call being “presidential” and flouting political correctness. Watch the video above to see the two sides of Trump. 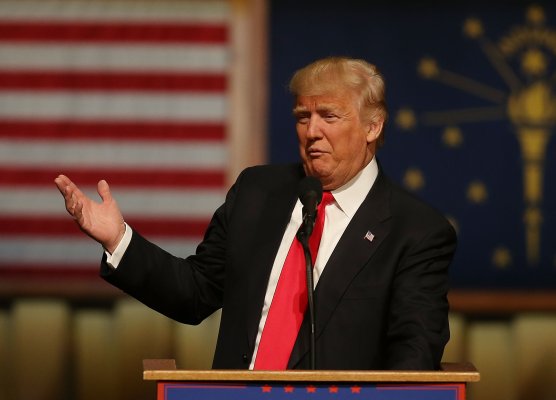 Donald Trump Makes Peace with His Biggest Mexican Critic, Sort Of
Next Up: Editor's Pick