Louis CK Tells Conan How to Quit the Internet

Louis CK just did the unthinkable—he quit the Internet.

“I look at things that I know are going to upset me,” CK told Conan O’Brien during an interview, explaining why he had to leave the web (and the library). CK says he realized he had to draw the line when he realized he was spending more time staring at his phone that at his children. “My kids are nice people so they just wait,” said CK, miming typing on his phone. “She dies inside every time I do this.”

“I just didn’t like this feeling,” he explained. He ended up giving the phone to his daughter and asking her to put in a restriction code so he couldn’t access the Internet without her permission. “It’s supposed to be the other way around,” he laughed. “It’s supposed to be a parental code to keep your kid off the internet.”

He’s lasted a month offline so far. “I started reading books. I read Pride and Prejudice,” he said. In response, his daughter wrote him a really sweet note, which is worth all the Google access in the world. 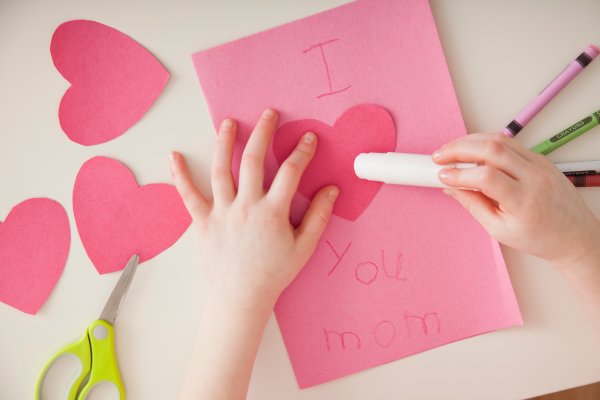 These Are the Most Popular Mother's Day Gifts in Every State
Next Up: Editor's Pick