Game of Thrones theories have been flying since the drama returned to HBO April 24, creating rampant speculation about everything from Jon Snow’s true parentage to Hodor’s origin story. Now — in the wake of a rumored flashback scene to Lyanna Stark’s death at the Tower of Joy — fans have turned to the Stark family as a whole, and specifically, their possible connection to the Seven-Faced God.

While some have long believed the Starks to be the human embodiment of the Seven — the deity of the main religion in Westeros, the Faith of the Seven — YouTube user Calluna recently gave a detailed explanation of the theory. In the video, she argues that each member of the Stark family represents one of the seven aspects of the faith: Ned the Father, Catelynn the Mother, Robb the Warrior, Sansa the Maiden, Arya the Stranger, Bran the Crone and Rickon the Smith.

Read More: A Character You Forgot About Is Returning to Game of Thrones

She goes on to say that not only do they each demonstrate characteristics of their divine counterparts, but that their fates are an inversion of those traits. Confused yet? Here’s an example.

In the context of this theory, Ned is the Father, who is a symbol of justice in the Faith. Throughout his storyline, Ned is known as honorable to a fault. In fact, one of his earliest lines in the show — “He who passes the sentence should swing the sword” — foreshadows his strict commitment to doing what is right. However — and this is where that whole inversion thing comes in — Ned’s death is a direct result of his unwillingness to stray from his moral code.

And before you ask, don’t worry — Jon Snow plays a role in all of this as well. Calluna posits that Ned’s bastard is a manifestation of all the faces of the deity, referencing his capacity to demonstrate qualities from each of the Seven. 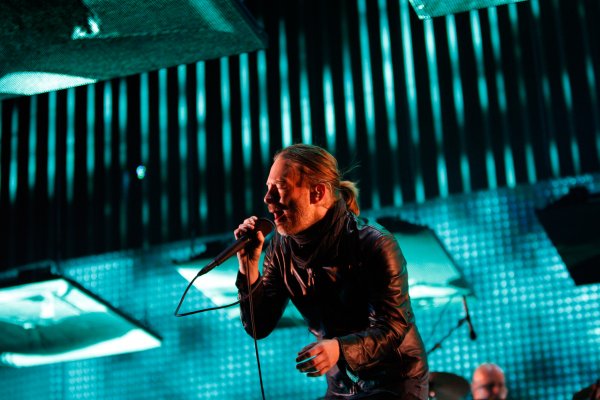 Radiohead Announces New Album Out May 8
Next Up: Editor's Pick