Republican presidential candidate Donald Trump gestures during a rally in Charleston, W.Va., on May 5, 2016.
Steve Helber—AP
By Conal Urquhart

Donald Trump has been accused several times of cheating at golf, but now he has been further pilloried for not paying his debts.

Petronella Wyatt, the former deputy editor of The Spectator, describes how the likely Republican nominee for president asked her for money for a taxi to return to his hotel after a dinner in London. “I have neither seen nor heard from him since,” she wrote.

Donald Trump’s communications team did not respond to a request for comment on Wyatt’s claim.

Repayment of the debt is unlikely to improve Wyatt’s opinion of Trump. She wrote he was “crude, shallow and devoid of aesthetic feeling” and worse, “He was wearing an ill-fitting jacket, the shoulders of which appeared to be padded.”

The dinner took place “a few years back” after Wyatt was asked by a friend to attend a dinner for Trump. The friend said he had been entertained by Trump in Palm Beach and was returning the favor. Wyatt said the party consisted of around eight people and they dined at a restaurant in the Mayfair district of central London.

Wyatt is also no stranger to controversy. She has admitted to having an affair with the outgoing Mayor of London, Boris Johnson, when he was editor of The Spectator and married.

In her column in the magazine, Wyatt recounts her conversations with Trump and concludes: “Beneath the braggadocio and 100 per cent Americanism was a socially insecure man who sought the company of foreign aristocrats, did not know what he really believed and felt the need to pad out his clothes.” 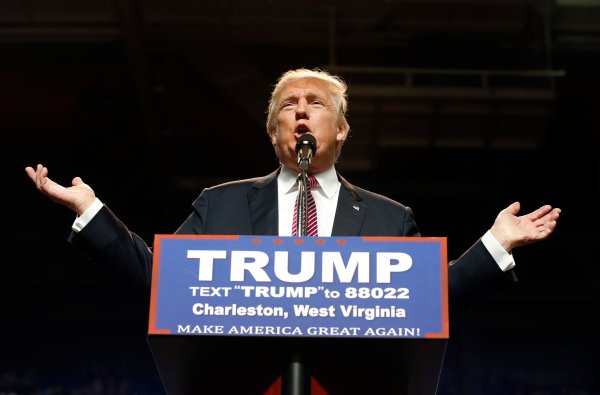 How the World Is Reacting to the Prospect of a Donald Trump Presidency
Next Up: Editor's Pick