Jon Stewart and David Letterman both came out of retirement to appear at the USO’s 75th birthday party at Joint Base Andrews in Maryland on Thursday, and Stewart couldn’t help himself from making a Donald Trump joke.

Introducing Joe Biden, who was there with his wife Jill, Stewart said, “He’s always a guy, you know, we had a lot of fun with … he’s a guy that’s unpredictable.”

“He’ll say whatever he kind of thinks of, whatever comes to his mind, sort of impulsive,” the former Daily Show host continued. “Sometimes, you might think to yourself, ‘That sounds crazy,’ or ‘Man, that is crazy.’ And who would have thought that now, that gets you the Republican nomination.”

“Don’t worry,” Stewart finished. “Trump’s gonna keep you busy. You’re going to have to repaint all the planes with TRUMP in big gold letters.”

Former Late Show host Letterman also spoke at the event, joking, “I’m pretty much ready to go and happy to be out of the house.” 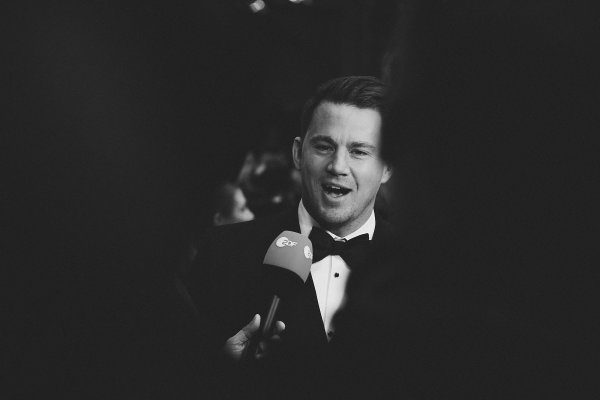 Here's a Sneak Peek at the Magic Mike Live Cast
Next Up: Editor's Pick