Neb. Gov. Pete Ricketts gestures during a news conference in Lincoln, Neb. on May 20, 2015.
Nati Harnik—AP
By Daniel White

Nebraska Gov. Pete Ricketts is expected to endorse Donald Trump, after his family helped fund a group that attempted to stop the New York businessman from becoming the Republican presidential nominee.

Taylor Gage, a spokesman for Ricketts, said that the governor will appear with Trump at an Omaha rally Friday, according to the Wall Street Journal. “The governor has always said he will support the GOP nominee to retake the White House,” Gage said. “The governor is supporting Donald Trump as the presumptive GOP nominee.”

The Ricketts endorsement comes as a surprise as Trump warned in February that his family should “be careful, they have a lot to hide” after it funded Our Principles PAC, a group aimed at stopping him.

The Ricketts family is said to have spent some $5.5 million trying to stop Trump, according to the Wall Street Journal. The governor was expected to endorse Texas Sen. Ted Cruz before he ended his campaign after a defeat in the Indiana primary, effectively making Trump the presumptive Republican nominee. 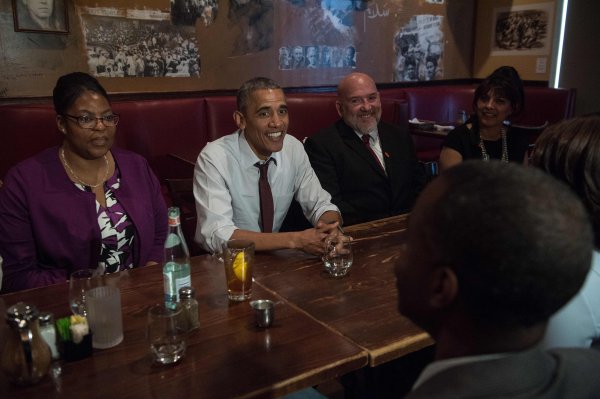