Rob Reiner’s latest movie is a deeply personal one, and not just for him. Being Charlie, which opened in limited release May 6 and expands nationwide in the coming weeks, was co-written by Reiner’s son Nick Reiner and is loosely based on the latter’s descent into drug addiction and homelessness as a teenager. Co-written by Matt Elisofon, whom the younger Reiner, now 22, met in rehab, the film follows 18-year-old Charlie Mills (Nick Robinson) as he moves in and out of rehab programs while his actor-turned-politician father (Cary Elwes, who starred in Reiner’s 1987 hit The Princess Bride) keeps his fingers crossed that his son’s behavior won’t sink his gubernatorial campaign.

In the exclusive clip above, Charlie undergoes a drug test, following his first overnight away from his halfway house, administered by a tough-loving rehab counselor played by Common. Neither of Charlie’s choices—living on the streets looking for his next high nor fending off each craving with what feels like superhuman will—feels particularly appealing. And yet there is still for Charlie, as there was for Nick, the hint of a possibility of a different kind of life.

The Reiners emerged from this difficult chapter of their lives only to revisit it in this project, which lifts entire scenes from Nick’s experience. It’s a window into the everyday realities of addiction, of growing up with the scrutiny that comes with being born to a famous parent and of finally, eventually, finding a different way forward. 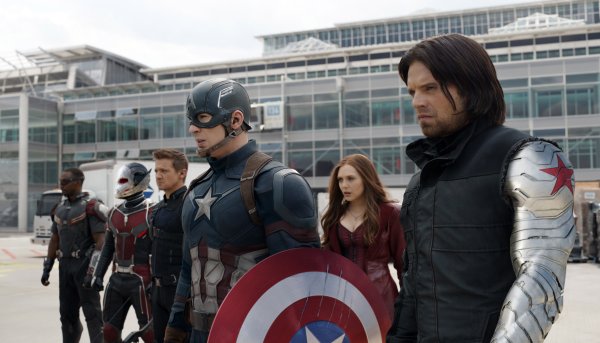 Captain America: Civil War Wins at the Box Office
Next Up: Editor's Pick