Death Toll Rises in Washington Mudslide as Search Drags On

Searchers pause for a moment of silence at the scene of a deadly mudslide Saturday, March 29, 2014, in Oso, Wa.
Elaine Thompson—AP
By David Stout

Rescue workers combing through the wreckage of the deadly mudslide in Washington State have raised the official death toll to 24, officials said on Monday, as the search hit its ninth day and even rescue dogs grew fatigued by the effort.

Authorities have identified 17 of the victims, officials said, but the identities of seven bodies remain unconfirmed. Twenty-two people are still missing after about 90 were unaccounted for in recent days. The death toll has risen slowly following the massive mudslide on March 22, which leveled the local community of Oso, Wash., after unusually heavy rains inundated the Pacific Northwest this month.

Search-and-rescue officials said on Sunday that dogs being used in the extensive operation would now need to rest for at least two days, the Associated Press reports. “The conditions on the slide field are difficult, so this is just a time to take care of the dogs,” Kris Rietmann, a spokeswoman for one of the leading rescue teams, told the AP.

If overworked, the animals could lose their keen sensing abilities that are pivotal to finding the missing who are buried under mud that ranges in height from 15 ft. to 75 ft. (4.6 m to 23 m). Dogs that were sent by the Federal Emergency Management Agency will reportedly continue to aid the rescue operations on Monday.

Rescue crews have cleared approximately 450 ft. (137 m) of the total 6,000 ft. (1,830 m) of earth and wreckage that buried the town in the mudslide, Snohomish County officials said. The latest weather forecasts predict dry conditions through at least Wednesday for northwest Washington.

While search teams continued to pick through the debris field, residents looked for solace amid the tragedy on Sunday as they squeezed into a number of churches in the area to reflect on the devastation.

“People say in times of disaster, it brings out the best and the worst in people. But I’m just seeing the best,” Pastor Gary Ray of Oso Community Chapel told CNN. “I’m seeing patience and sacrifice. Character is being developed. I don’t know what the future holds, but I do hope for some unexpected blessings.” 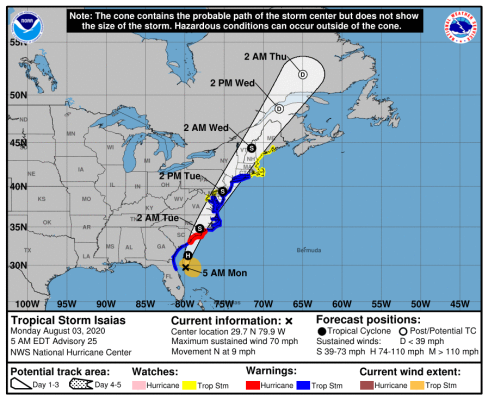