14 Arrested for Burning Teenage Girl to Death in Pakistan

Members of a tribal council accused of ordering the burning death of a 16 year old girl are shown to the media after they were arrested by police in Donga Gali, outside Abbottabad, Pakistan on May 5, 2016.
Online News TPX/Reuters
By Julia Zorthian

Fourteen people in a village in northwest Pakistan were arrested Thursday for burning a teenager to death because she helped her friend elope.

Police say the crime was a “pre-planned” honor killing, perpetrated by village leaders outside of Abbottabad with approval from the village council, the Washington Post reports. Ambreen Riasat had helped her friend marry a boy in court without the bride’s father’s permission, prompting a number of men to drag her from her house, tie her inside a van and set her on fire, according to the paper.

“They said she must be burnt alive to make a lesson for other girls,” said Saeed Wazir, the regional Abbottabad police chief.

On April 29, Riasat’s body was found in the van in Donga Gali. 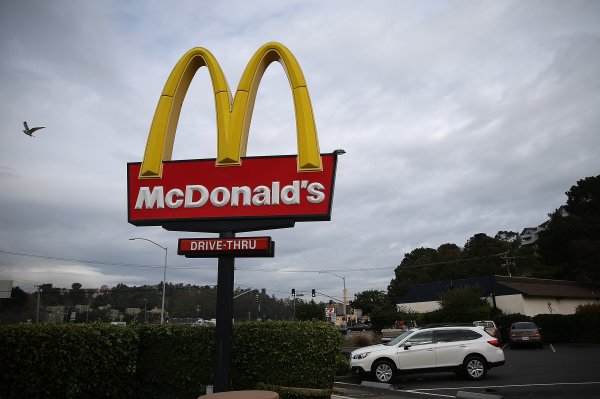 This Is What the Taliban Thinks of McDonald's Food
Next Up: Editor's Pick