In so very many ways, Chrissy Teigen is not like other moms. She’s five-foot-nine with a face that’s 82% cheekbone, has great wads of cash at her disposal, delivered a cookbook shortly before delivering her baby and is married to John Legend. She also appeared in Sports Illustrated in nothing save tiny crystals.

Yet, in a surprising number of other ways, Teigen is emerging as the model of modern motherhood. It’s early days—Luna was just born on April 14—but Teigen’s take on new motherhood is a useful anthropological snapshot of the practices of new mothers in the United States of 2016, A.D.

1. The individualistic baby name. Luna Simone. It’s totally on-trend for this generation of moms to use surnames as first names. (One of Jessica Alba’s kids is called Haven.) Or to name kids after something everyday like food.

So is a moments-after-breastfeeding photo and even a jokey blissful-mom photo with a wreath of flowers superimposed on her hair. For millennials, that’s par for the course.

3. Like many new moms across eras, she has disabled her filters for what constitutes too much information. But she has a public forum, into which she sends such gems as: “no one told me i would be coming home in diapers too” and “walking boob over here!”

4. She laments her pre-baby life, but with humor: On Twitter she marveled at how her surroundings had changed, posting a glam pic with the caption:

5. She employed reproductive technology not only to help her conceive, but to determine the gender of her kid. And she talked about it openly, telling People that she was taking IVF shots in Zanzibar during the aforementioned S.I. shoot. When people took umbrage at that kind of genetic pre-determinism, she defended her decision with gusto.

She made fun of the controversy…

…and reprimanded the haters:

6. She’s getting a lot of advice from older moms that she probably doesn’t need—thanks, though. Again, not exactly a revolutionary trend; new mothers have been the recipients of this forever. But the newly maternal of 2016 get to talk back!

Whereas when she was pregnant she was a little less gracious:

7. And while mothers have been dealing with um, lukewarm reviews of their parenting decisions forever, her are aired in a public forum. When she and Legend went to Jessica Alba’s surprise birthday party (as you do) about a week after Luna was born, the internet had opinions. “The spotlight pull be strong,” tweeted one. “One week. Who wants to leave a one week old baby to go to a bar?” Teigen though, declined to be guilt-tripped:

If Teigen keeps up her no-secrets attitude to motherhood, universities may want to start to archive her tweets as an example of how mothering was done in this era. Also, so that her kids get a chance to offer their opinions on mom’s adventures with fake jewels. 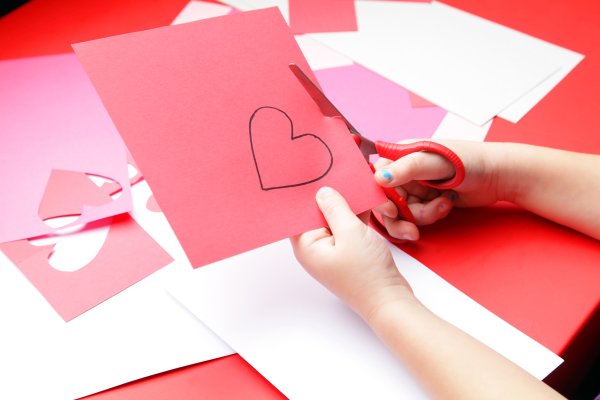 The Most Adorable Father-Daughter DIY Project—For Mother's Day
Next Up: Editor's Pick