Paris has its first-ever female mayor after its current deputy mayor was elected to the city’s top job on Sunday.

Anne Hidalgo of the Socialist Party beat the conservative candidate, Nathalie Kosciusko-Morizet, in France’s municipal elections on Sunday, local media reported based on election results from the Interior Ministry. Hidalgo currently works as a deputy to the outgoing mayor, Bertrand Delanoë, who has been in office for 13 years. Hidalgo’s victory in the French capital was one of the few bright spots in an otherwise devastating elections for the Socialist government headed by President François Hollande.

“This vote is a defeat for the government and the [Socialist] majority,” Prime Minister Jean-Marc Ayrault said, as reported by the Associated Press. Hinting at a Cabinet reshuffle, Ayrault added, “This message is clear … the President will draw conclusions, and he will do so in the interest of France.”

Election turnout hit a historical low of 63.7%, according to the French Interior Minister Manuel Valls. 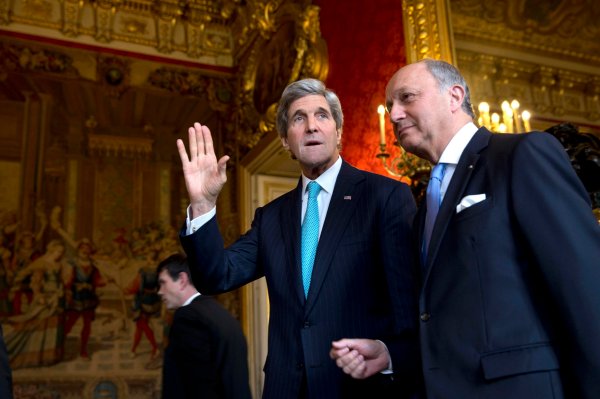 Kerry to Russia: Leave Ukraine Alone
Next Up: Editor's Pick