A pumpjack sits on the outskirts of town at dawn in the Permian Basin oil field on Jan. 21, 2016 in the oil town of Midland, Texas.
Spencer Platt—Getty Images
By Justin Worland

Crude oil prices rose Thursday following a wildfire that has led than more than 80,000 to evacuate a Canadian oil town. Brent crude futures rose 2.6% on the disruption, topping $45 a barrel, according to a Reuters report.

The fire in Canada’s oil sand region has not reached facilities used to extract crude, but some oil pipelines have been shut down just in case. Many of the displaced residents from the town of Fort McMurray work in the oil industry and the dislocation threatens to disrupt normal operations. The Canadian oil sands in the province of Alberta contain the world’s third-largest oil reserve after reservoirs in Saudi Arabia and Venezuela.

The jump due to wildfire may only be fleeting, with some analysts saying oil may soon dip below $40 again. 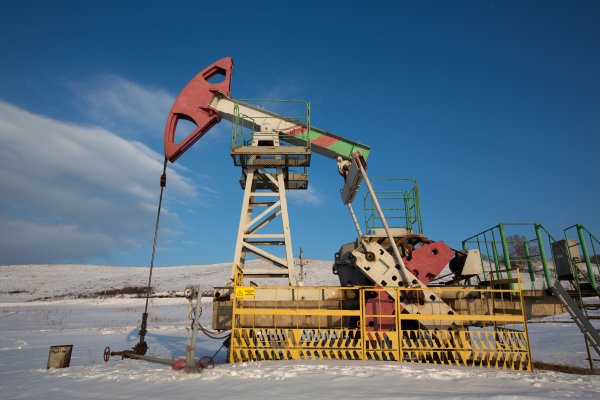 Why Oil Prices Will Likely Drop Below $40 Soon
Next Up: Editor's Pick