E-Cigarettes to Be Regulated as Tobacco Products

By Alexandra Sifferlin and Maya Rhodan

E-cigarettes will be regulated as tobacco products, federal authorities announced on Thursday.

In a long-awaited ruling, the U.S. Food and Drug Administration (FDA) finalized rules that give the agency authority to regulate all tobacco products including e-cigarettes, cigars, hookah tobacco and pipe tobacco, as well as other products. Until now, e-cigarettes were not regulated by the FDA and there was no national law to prohibit the sale of e-cigarettes, hookah tobacco or cigars to people under 18.

“The actions being taken today will help the FDA prevent misleading claims by tobacco product manufacturers, evaluate the ingredients of tobacco products and how they are made, as well as communicate their potential risks,” the agency said in a statement.

The new rule means the agency will have to approve all products that made it to market as of Feb. 15, 2007—a point at which the e-cigarette market was virtually non-existent. “What we know is absence of federal restriction means that enforcement is uneven and at times nonexistent,” HHS Secretary Sylvia Burwell said during a news conference.

The risks of e-cigarettes has been a public health debate for some time and the FDA initially announced its proposal to increase its jurisdiction in 2014. The HHS and FDA said on Tuesday that surveys show 1 in 4 high school students and 1 in 13 middle schoolers report being tobacco users. 16% of high schoolers also reported using cigarettes in 2015, a 900% increase from 1.5% in 2011. While e-cigarettes do not contain the same carcinogens as traditional cigarettes, they do contain nicotine, which is addictive. Early research has also cast doubt on the safety of some of the chemicals used inE-cigarettes when inhaled into the lungs.

Small and medium sized e-cigarette companies have responded to the news with concerns that undergoing the new approval process will be costly. “This gigantic price tag is affordable to Big Tobacco companies, but small and medium-sized businesses will be crushed,” said Gregory Conley, President of the American Vaping Association. “If the FDA’s rule is not changed by Congress or the courts, thousands of small businesses will close in two to three years.”

Burwell addressed these concerns during a news conference with reporters, saying the agencies understand the concerns small businesses will have, and that the FDA will allow them to have more time to comply.

The FDA says after 90 days they will begin enforcing portion of the rule that says the products cannot be sold to people under 18. This rule also requires ID to purchase tobaccos products and bans sales in vending machines as well as free samples

“The health of the nation will continue to suffer the consequences of any further delay in implementing a law intended to protect public health,” Chris Hansen, president of the American Cancer Society Cancer Action Network, said in a statement. 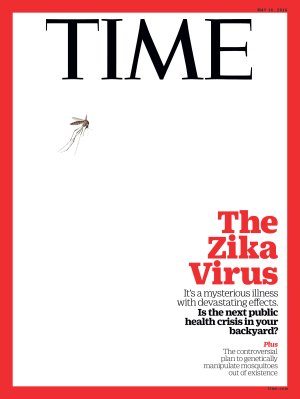