A destructive fire in the Canadian town of Fort McMurray has destroyed 1,600 homes and buildings and continues to burn.

But despite the immense scale of the fire, aided by weather conditions, more than 80,000 residents have fled without a single reported death. One evacuee captured the threat of the fire—and the relatively orderly nature of the evacuation—with dashcam footage leaving the city. Footage from others depicts a town completely devastated with burned vehicles and destroyed homes.

Firefighters have been able to protect downtown, but officials hope a change in weather may aid their efforts to defend the city. 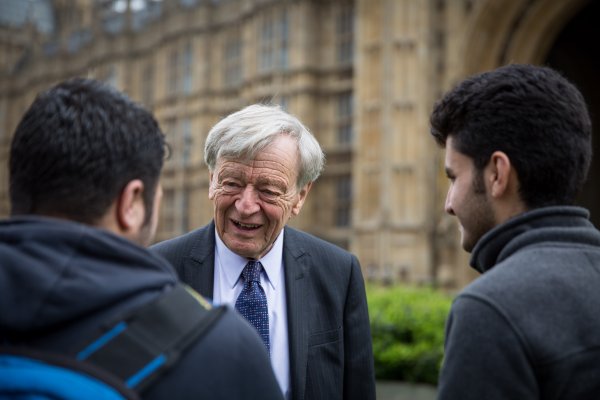