Don DeLillo Dances With Death in His New Novel

In his new novel, Don DeLillo dances with death
By Lev Grossman

Don DeLillo’s new novel, Zero K, is narrated by a man named Jeffrey Lockhart, whose main point of interest is that his father is a reclusive billionaire named Ross. (Ross Lockhart! As reclusive-billionaire names go, it’s right up there with Christian Grey.) Ross has set up, as billionaires will, a mysterious organization called the Convergence, dedicated to the cryogenic suspension of the hyperwealthy, with the idea that at some future time doctors will be able to revive them into some new form of life.

Till then they live a frozen half-life, dismembered, dreaming dimly in pods. “A phantom life within the braincase,” as one of the Convergence-ists puts it. “Floating thought. A passive sort of mental grasp. Ping ping ping. Like a newborn machine.”

Ross’s second wife is gravely ill and preparing to be frozen. Jeff has been summoned to the Convergence compound–a lush, hushed super-science bunker with Bond-villain overtones–to say goodbye. He wanders the halls having cryptic encounters and engaging in comically implausible rapid-fire Vladimir-Estragon dialogue with his dad: “We had a talk, she and I.” “She told me. You’ll see her again, talk again. Tomorrow.” “In the meantime. This place.” “What about it?” “I knew only what little you told me.”

I quote this dialogue because it’s characteristic of the strange, apparently willed irreality of Zero K: the book’s putative subject, death, is as real as they come, but the people caught in this Totentanz are strangely colorless. The tone of the book is hushed, earnest and almost completely humorless, but more than that DeLillo withholds, perversely, any detail that would bring the characters in it to life. Jeff, in his mid-30s, is one of those drifting man-boys, dismayingly common in contemporary fiction, who is virtually devoid of will or personality. He takes jobs for no particular reason. He has a girlfriend, Emma, a single mother, but their relationship is oddly diaphanous: he never tells her who his father is, for example, or anything about the Convergence, which makes me wonder what they do talk about. “These are the soporifics of my normalcy,” Jeff says, with DeLillo’s customary eloquence, “my days in middling drift.” I don’t ask for 50 shades of gray, but six or seven would be nice. Or failing that, some graphic sex.

This is a choice on DeLillo’s part–we know very well that he’s capable of thrillingly vivid fictions–and as such it’s hard to interpret. What can a book with this little life in it tell us about death? (For a better treatment of a similar premise, see Philip K. Dick’s Ubik.) What Zero K does evoke well is the cool digital alienation of the present moment, the sense of dislocation that comes from being awash in torrents of data about the world but at the same time at a distance from it, seeing everything through screens. We’re both omniscient and powerless, watching everything and touching nothing.

The zealots of the Convergence frame their work as an alternative to all this. “Haven’t you felt it?” one of them says. “The loss of autonomy. The sense of being virtualized … Do you feel steeped in some horrific digital panic that’s everywhere and nowhere?” The irony of Zero K, never resolved, is that the Convergence feels less like an escape from contemporary life than like its apotheosis, the vanishing point toward which it’s all trending, the self completely abstracted from the body and the world and time, alone and sealed in its pod. There’s no salvation there–you’re just trading one phantom life for another. 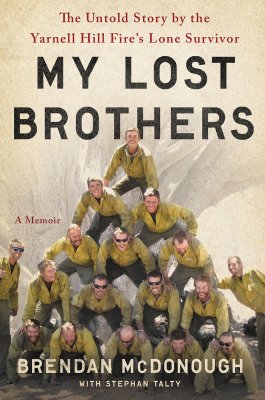 I Survived the Wildfire That Killed My Firefighter Brothers
Next Up: Editor's Pick