Modern Feminism Should Stop Selling Out

Ideas
By Andi Zeisler
Andi Zeisler is the cofounder of Bitch Media and the author of We Were Feminists Once.

For decades, feminists and feminism were almost exclusively evoked by newspapers, magazines and punditry as an ideological punching bag. Not so today, when those terms are breathlessly deployed by the likes of CoverGirl, Taylor Swift and Facebook’s Sheryl Sandberg. Feminism, for better and for worse, has become trendy.

This kind of marketplace feminism is welcome because its optics are considered a media-friendly improvement on past feminist movements–more cleavage, less anger. But it also pulls focus from systemic issues and places it on individuals and personalities. It’s easy to see Sandberg, for instance, urging women to lean in, and forget that leaning in puts the onus on women themselves–rather than on the corporate systems and values that shortchange all workers regardless of gender. Or to nod along with Taylor Swift (or Madeleine Albright) as she refers to that special place in hell for women who don’t support other women, and assume that we’ve got the basic tenets of gender equality squared away.

But to make the world itself more feminist–safer, saner, more equitable, more sustainable–requires asking more of one another and ourselves than the market can answer. It involves asking difficult, complex and uncomfortable questions about what and whom we value. It requires confronting the reality that the world has not evolved nearly as much as we’ve been led to believe it has. And it needs us to admit that making us feel good about what we buy is not the same as making us feel purposeful about what we do. 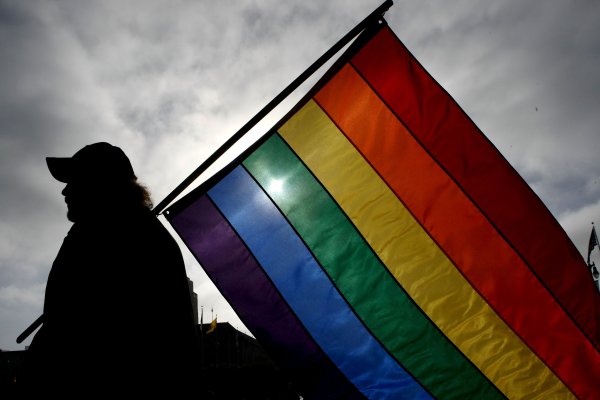 Mark McKinnon: The GOP Hasn’t Learned Its Lesson on Equality
Next Up: Editor's Pick