Former industries minister and leader of the Jamaat-e-Islami Islamic party in Bangladesh Motiur Rahman Nizami as he during a rally in Dhaka, Dec. 12, 2006
Farjana Khan Godhuly—AFP/Getty Images
By Rishi Iyengar

Bangladesh’s top court Thursday rejected a final plea for clemency from the leader of the country’s biggest Islamist party who was convicted of war crimes. The ruling paves the way for his execution, which lawyers say could now happen at any time.

Motiur Rahman Nizami, head of the Jamaat-e-Islami party, will be hanged for rape, genocide and murdering intellectuals during the country’s liberation war of 1971, Reuters reports.

The 73-year-old leader was jailed in 2010, when current Prime Minister Sheikh Hasina came to power and established a war crimes tribunal. Three other members of his party have already been hanged since 2013.

Up to 3 million people were killed and hundreds of thousands of women raped during the 9-month war that resulted in independence from Pakistan. 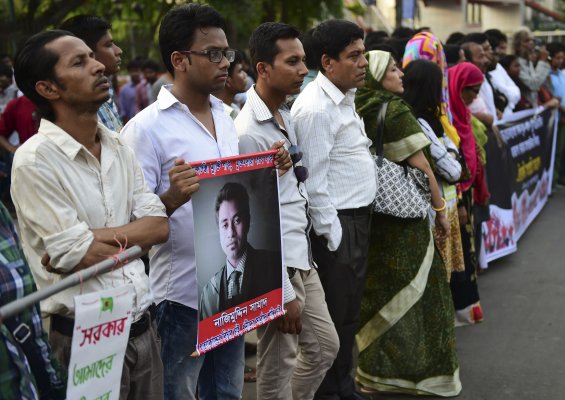 Hindu Hacked to Death in Bangladesh
Next Up: Editor's Pick