Zimbabwe's Cash Supply Is Dwindling Amid an Economic Crisis

A coin vendor counts his coins on June 27, 2012 in Harare
Jekesai Njikizana—AFP/Getty Images
By Mark Rivett-Carnac

ATMs are running out of cash, and long lines are forming outside banks, as Zimbabweans face a cash shortage amid an ongoing economic crisis.

To stem the outflow, the Reserve Bank of Zimbabwe will limit daily withdrawals to $1,000, 1,000 euros ($1,140) or 20,000 South African rand ($1,340), according to a statement from the bank on Wednesday. It also announced that 40% of dollar receipts from exports will be converted into the South African rand and 10% into the euro. The bank also suggested the public use debit and credit cards or mobile phone systems for payments.

The African nation introduced foreign currencies as legal tender in 2009, Bloomberg reports, after hyperinflation left its own currency near valueless. Government-led seizures of farmland, starting in 2000, decimated exports and sent the country into crippling recession. 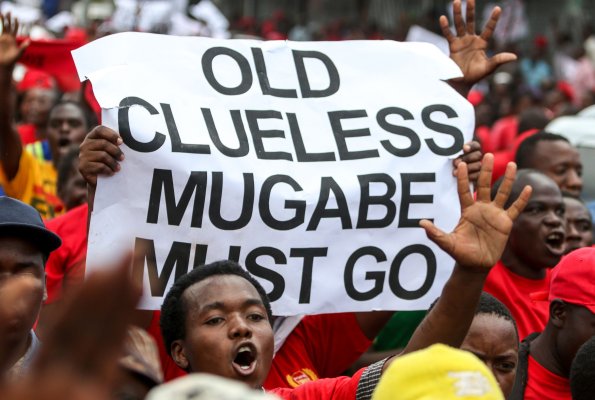 Thousands March Against President Mugabe
Next Up: Editor's Pick