Russian military vehicles are parked in Tverskaya street before moving towards Red Square for a rehearsal for the Victory Day parade in central Moscow, Russia, April 28, 2016.
MAXIM ZMEYEV—Reuters
By Rishi Iyengar

Russia on Wednesday warned against NATO’s proposed military buildup in Poland and the Baltic region, saying it would retaliate by shoring up its western and southern flanks with three new divisions.

The new divisions will likely be spread out across the country’s borders with Ukraine, Belarus, Georgia, Finland, Azerbaijan and the Baltic States, Reuters reported. Russian Defense Minister Sergei Shoigu said Wednesday that the divisions would be formed by the end of the year to counter NATO’s increasing influence.

Moscow accuses NATO of challenging its security in the region; NATO says its military reinforcements are only a precautionary measure following the Russian annexation of Crimea in Ukraine and its backing of Ukrainian separatists.

“This would be a very dangerous build-up of armed forces pretty close to our borders,” Andrei Kelin, an official at Russia’s Foreign Ministry, was quoted as saying by Reuters. “I am afraid this would require certain retaliatory measures, which the Russian Defense Ministry is already talking about.” 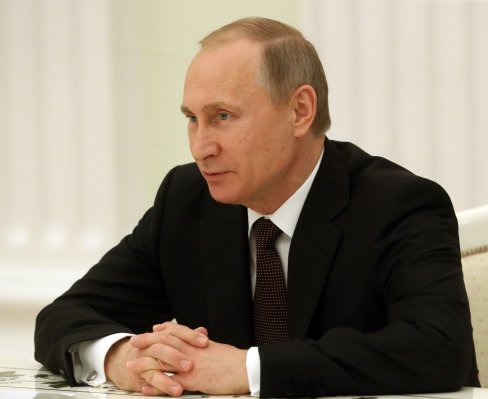 Why a Win in a Dutch Court Is Making Vladimir Putin So Happy
Next Up: Editor's Pick