The Marvel Movies You Need to Watch Before Captain America: Civil War—And the Ones You Don't

The reviews are in, and critics are calling Captain America: Civil War Marvel’s best film yet. Sounds like a movie you want to check out—but what if you’ve missed some of Marvel’s other superhero films? Or haven’t seen any of them at all?

There’s no way you’re going to be able to watch all 12 Marvel Studios films before Civil War hits theaters this weekend. You’re going to have to pick and choose. Here are which films you need to watch, which are optional and which you can skip to get a full understanding of why former Avengers allies Captain America and Iron Man are feuding in Civil War.

(A lengthy disclaimer: This breakdown is based on how relevant each film’s plot is to Civil War, not based on the quality of the film. Guardians of the Galaxy is great, but it has nothing to do with Civil War. The original Spider-Man is also terrific, but it was made by Sony, not Marvel Studios. Civil War is the first Marvel Studios film to features Spider-Man for complicated rights reasons.)

The Avengers: Age of Ultron (2015) – In Civil War, Captain America (Chris Evans) and Iron Man (Robert Downey Jr.) argue whether the Avengers should be regulated by the United Nations. To give this debate context, you should watch Age of Ultron. In that movie, Tony Stark (a.k.a. Iron Man) builds an artificially intelligent being called Ultron that becomes independent and tries to destroy the world. Stark’s guilt over this accident haunts him throughout Civil War.

Captain America: The First Avenger (2011) – This is the first Captain America film. The hero’s origin story helps explain many of his actions in Civil War.

The Avengers (2012) – To understand what split up the Avengers in Civil War, it might help to know how they came together in the first place.

Ant-Man (2015) – Ant-Man (Paul Rudd) joins Captain America in Civil War in his fight against Tony Stark. This film will explain why exactly Ant-Man has a grudge against the Stark family.

Iron Man (2008) – This is the film that kicked off the Marvel superhero craze. But more important to Civil War, it explains Tony Stark’s perspective on ethical issues. Stark sold weapons until he realized they were falling into the wrong hands. Much of his journey from playboy to hero in Iron Man proves relevant to Civil War.

Iron Man 2 (2010) – The second Iron Man movie introduces Scarlett Johansson’s Black Widow and Don Cheadle’s War Machine, both key characters in Civil War. We also find out about the organization S.H.I.E.L.D. for the first time. The espionage and counter-terrorism agency run by Nick Fury (Samuel L. Jackson) brings the Avengers team together and factors into the plot of Civil War.

Guardians of the Galaxy
Walt Disney Co. courtesy of the Everett Collection

The Incredible Hulk (2008) – The Hulk is missing from Civil War. (It’s worth noting that this Hulk movie stars Edward Norton. Mark Ruffalo has since taken over the role in the Avengers films.)

Guardians of the Galaxy (2014) – Don’t fret: Every single Marvel character will come together for Avengers: Infinity Wars – Parts I and II. Until then, though, these space superheroes are as far flung as you can get. 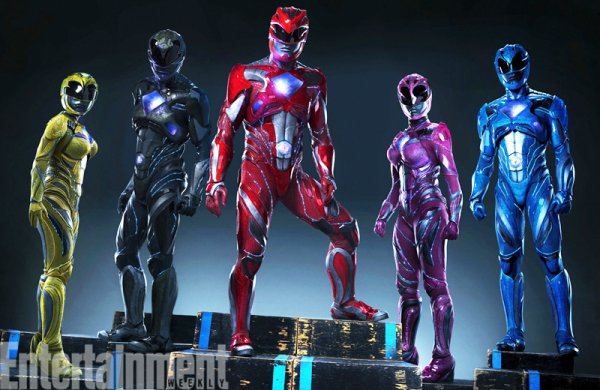 See the First Photo of the New and Improved Power Rangers Suits
Next Up: Editor's Pick