Midwives Are Essential to Global Health

Four babies are born each second of every day. By the time you finish reading this sentence, eight children will have been born. Childbirth is among the most common, constant and natural of human experiences.

Over the past 100 years, childbirth in much of the world has moved from the home to the health-care system. This has had both positive and negative effects. On the one hand, the increase in births taking place with skilled attendants in health facilities has helped to significantly reduce maternal mortality. On the other, it has also led to the medicalization of labor and delivery.

Increasingly, health providers are treating childbirth as a medical event and are often performing unnecessary interventions like too many cesarean sections, which can cause severe infections, hemorrhaging and organ damage. Despite the fact that cesarean section rates higher than 10% are not associated with reductions in maternal and newborn mortality, many countries across the world, including the U.S., Brazil and even parts of India, are seeing rates of cesarean section rise to over 30%.

So how do we continue to support women giving birth in health facilities, where providers are able to respond to potential complications, while also recognizing that the vast majority of births are normal, non-medical events? Midwives—a vastly underutilized segment of the health workforce—are an important part of the solution.

Midwives have supported women during childbirth since ancient Egyptian times, and today, in many parts of the world, they are providing a unique set of lifesaving services for mothers and babies. Midwives are trained with a focus on supporting natural births and thus are distinctively positioned to provide respectful, high-quality care that places women and newborns at the center. Research has shown that women who have access to a midwife experience less preterm births, fewer interventions during labor and shorter hospital stays.

Over the next decade, the number of births at facilities is expected to increase, placing significant strains not only on physical capacity of hospitals and clinics but also on the workload of physicians. As a part of a team of physicians, nurses and obstetricians, midwives can alleviate some of these pressures, providing woman-centered and supportive care that goes beyond childbirth to family planning, disease screenings and more.

Governments that have invested in midwives are seeing the benefits. Countries including Sri Lanka, Burkina Faso, Cambodia, Indonesia and Ethiopia have shown significant and sustained reductions in maternal and newborn mortality as a result of including midwives as a core aspect of their health systems. Alongside efforts to improve access to health facilities, these countries established professional unions for midwives, expanded midwifery training programs and schools and created incentives for individuals to enter into the profession.

In Cambodia, where I’ve spent significant time working on maternal health programs, the government began to put an emphasis on midwife training in 2000. Midwives are financially incentivized to assist deliveries at public-health facilities, and they are given priority when the government recruits civil servants for the Ministry of Health. Thanks in part to these efforts, the country has reduced the maternal mortality ratio by two-thirds since 1990.

If other countries hope to reduce their maternal and newborn mortality rates as well, they should prioritize deploying midwives and scaling up midwifery practices in their national health plans. It is also a smart economic decision. Investing in midwifery education and training programs and working to ensure midwives are reaching the communities most in need, has the potential to yield a 16-fold return on investment in terms of lives saved and costs of non-emergency caesarean sections avoided. In order to make these policies successful though, countries must also better understand where midwives are working and what services they are providing.

Later this month, ahead of the 2016 Women Deliver Conference, midwives, women’s health experts and advocates will gather for the 2016 Midwifery Symposium to explore new ways the global community can support midwives, especially young midwife leaders. These discussions and their outcomes will be critical over the next 20 years, as the number of births taking place around the world increases and health facilities and the health workforce strain to provide adequate care for mothers and babies.

Midwives will have a crucial role to play in ensuring that women and babies are supported during the natural birthing process and have access to the high-quality, patient-centered care they deserve. So today, on International Day of the Midwife, let’s recognize the incredible work of midwives and call on countries to invest in their potential. 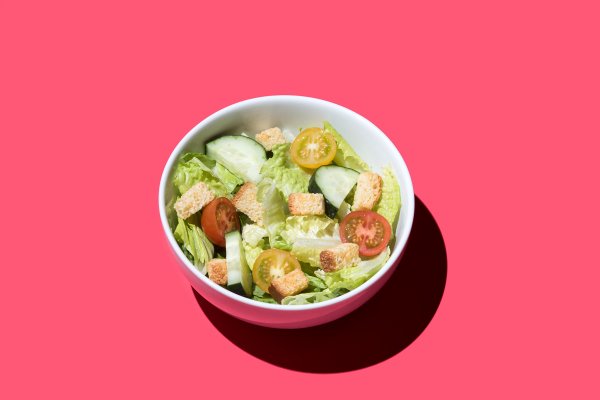 6 Habits of People Who Age Well
Next Up: Editor's Pick