After the release of The Force Awakens, one of the biggest questions many viewers had was how Maz Kanata ended up in possession of Luke Skywalker’s lightsaber. As fans of the initial trilogy are well aware, Luke’s first lightsaber was lost during a scene in The Empire Strikes Back when Darth Vader — his father — cuts off the hand that was holding it, causing both hand and weapon to fall out of sight.

Read More: May the Fourth Be With You on This Star Wars Day

Well, it turns out the original opening scene for The Force Awakens would have shed some light on this matter. In a special Star Wars Day interview with The Sun, Mark Hamill revealed that the film’s beginning sequence was changed. “One day I read the first 15 minutes of the film absolutely accurately,” he said. “I can tell you now that in the original opening shot of seven, the first thing that came into frame was a hand with a lightsaber, a severed hand that enters the atmosphere, and then the hand and bone burns away and goes sticking into the surface of Jakku. And this alien hand comes in, don’t know if it was Maz but it was an alien hand who takes the lightsaber [a]way, and then the movie proceeds as you see it.” 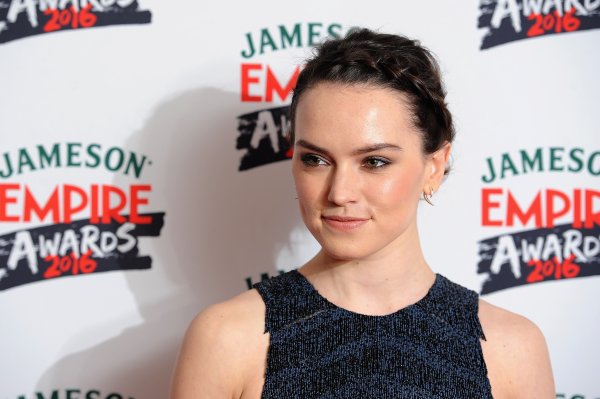 Daisy Ridley and Naomi Watts Team Up in Shakespeare Film
Next Up: Editor's Pick