Jared Leto: The Bison’s Comeback Is an American Epic

It’s springtime in the Great Plains. Heavy snow and harsh winter temperatures give way to returning songbirds and wildflowers. But one creature in this great American landscape is supremely adapted to its extremes. Through centuries of ice, snow and freezing cold, the mighty bison have survived in this environment of extremes.

Few other animals have shaped an environment so fully. Bison numbering in the tens of millions roamed widely across North America for generations, sharing this landscape with prehistoric beasts like mammoths.

They moved hundreds of miles each year, literally shaping the land in their wake. Grasses grazed by bison provide nesting grounds for birds, their wallows fill with rainwater and offer ephemeral breeding pools for amphibians and sources of drinking water across the landscape—in some cases, even forming networks of wetlands.

The bison’s massive heads and shoulders plow through deep snow, carving out highways for other animals like pronghorn antelope and elk. The relationship between these majestic animals and people has been a complex one. Native Americans coexisted with wild bison for generations with a deep-rooted understanding of the bison’s role in sustaining the land and their own way of life.

This once king of the Great Plains was dethroned by the turn of the 19th century as populations were wiped out and their habitat became increasingly fragmented. Plains bison stood on the brink of extinction. Their decline created a domino effect that would ultimately transform America’s grasslands.

Today, their resurgence—from less than 500 bison in 1886 to nearly 20,000 living as wildlife today—marks a triumph for conservation.

With President Barack Obama’s signature, the bison will finally receive a title that recognizes the strength and vigor it embodied for centuries, from the Ice Age to today.

Although this is cause for celebration, the bison’s comeback story is not complete.

As with all conservation efforts, the road to recovery requires a mix of strategies and constant vigilance.

Read more: The Surprising Reason Why the Bison Even Exists to Be the U.S. National Mammal

An important area of promise is the work of Native American communities. The recovery of bison on tribal lands delivers financial, spiritual, social and nutritional benefits to the tribes.

With 15 million acres across the Northern Great Plains, tribal lands offer some of the few remaining sites for large-scale restoration of bison in the U.S. The World Wildlife Fund is working closely with tribal partners and our national parks to create five herds of at least 1,000 bison each by 2025. The tribal community has the passion and the expertise to ensure that the recovery and ongoing management of bison is sustainable.

The success of this work requires securing a genetically viable and sustainable source population of animals. The National Park Service has an immediate opportunity to help.

Each year, the National Park Service culls a portion of Yellowstone bison to keep herd numbers at manageable levels. There is a proposal awaiting National Park Service approval that would move up to several hundred bison per year to a state-of-the-art facility developed by the Fort Peck Assiniboine and Sioux Tribes. After being transferred to the facility and undergoing health screening, a percentage of these animals would then be transferred to other Native American tribes, serving as a sustainable source of genetically sound bison for years to come.

In February, the World Wildlife Fund delivered 300,000 letters of support to the National Park Service in favor of sending Yellowstone bison to Fort Peck. We are now awaiting its final decision.

Moving part of the Yellowstone herd annually to Fort Peck is a win-win for both bison and tribal communities. The tribes’ deep historical and spiritual connection to the bison, paired with their demonstrated ability to responsibly manage bison, simply makes this move a sensible alternative to the needless loss of these valuable animals.

As America’s new national mammal, the bison symbolizes our natural heritage and is emblematic of the American spirit. As we commemorate this great species, let’s make sure the celebration includes supporting new efforts to restore this national treasure. 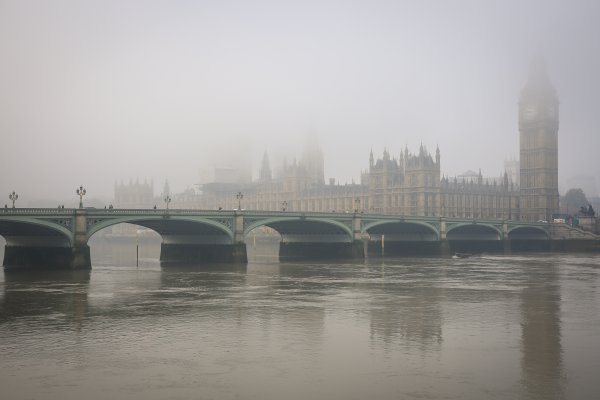 Why Air Pollution Is Now a Top-Tier Issue in London Mayoral Race
Next Up: Editor's Pick