Rapper 50 Cent has apologized for posting a video that mocked an autistic teenager.

In the video, taken in the Cincinnati/Northern Kentucky International Airport, 50 Cent bemoans millennials, complaining, “The new generation is crazy.” He then turns the camera on a young custodian pushing a cart and asks him his name. When the teenager shakes his head and does not respond, 50 Cent continues to follow him and speculates that he must be on drugs. “He high … right here in the airport, pupil dilated everything, lookin’ like.”

When another Instagram user saw the video, he recognized the teenager as his former classmate, 19-year-old Andrew Farrell, Cincinnati.com reports. “He has extreme social difficulties just to let you know,” the user wrote. “He has a hard enough time getting through life without jack-sses like you making fun of him. I hope you feel good about yourself. You just lost a huge fan.”

Farrell and his family eventually saw the video, too, and expressed their hurt. “I was just starting work,” Farrell said. “Pushing my cart, minding my own business.”

On Tuesday, 50 Cent issued his apology to Farrell, writing, “While the incident at the airport resulted from an unfortunate misunderstanding, please accept my sincere apologies for offending you. It was certainly not my intent to insult you and I wish you and your family well.”

The Farrell family accepted the apology and wrote in response, “A great lesson can be learned from this heartbreaking situation. Regardless of the way that another person appears to you, it is never okay to publicly humiliate them via social media. We hope that this situation brings more awareness to what people with autism and other forms of social anxiety suffer through on a daily basis.” 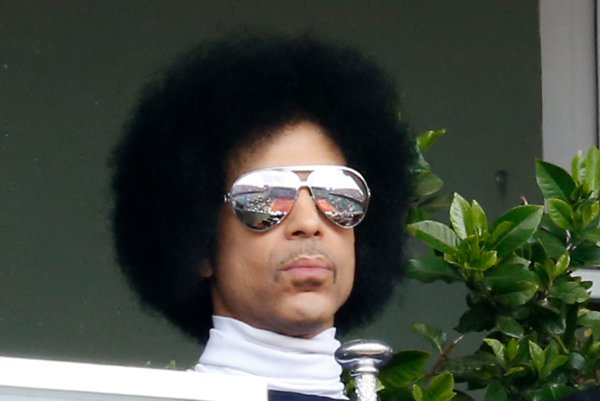 Prince Was Set to Meet with Opioid Addiction Doctor a Day After He Died
Next Up: Editor's Pick