Daisy Ridley Has a Message for Star Wars Day

This Star Wars Day, Daisy Ridley wants to use The Force for good.

To mark May the Fourth, which gives Star Wars fans around the globe an opportunity to geek out, the actor, who plays Rey in Star Wars: The Force Awakens, has released a video encouraging fans to support Force For Change. Who can say no to BB-8?

Star Wars: Force for Change is a charitable initiative that was matching dollar-for-dollar donations up to $1 million. The campaign has far surpassed that threshold, but fans or anyone who wants to make a difference can still donate until midnight Pacific Time Wednesday evening. Funds go to support charities like the U.S. Fund for UNICEF in support of UNICEF Kid Power, American Red Cross, Boys & Girls Clubs of America and the Make-A-Wish Foundation.

This week also marks the last chance to win a trip to the real-life island where Luke Skywalker was hiding out instead of fighting alongside Han and Leia against the First Order. Fans can win a trip to Skellig Michael, the real Irish island used in the film (no word on whether any Jedi training will be available). For more information, head here. 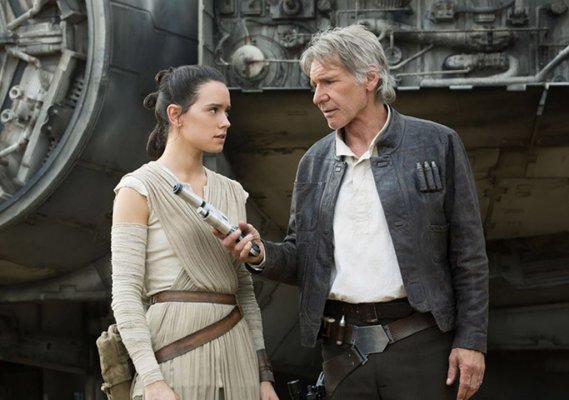 May the Fourth Be With You on This Star Wars Day
Next Up: Editor's Pick